Draymond Green unloaded a double-barrel, middle-finger salute on some heckling Grizzlies fans during a playoff game Tuesday night … and he refused to apologize for it afterward, admitting the gesture “felt really good.”

The Warriors star flipped the birds just minutes into the Dubs’ playoff game against Memphis in Nashville … shortly after he had been inadvertently elbowed in the face.

Draymond Green ends up on the short end of an elbow to the face 🤕pic.twitter.com/78ynekWBRM

As Green was walking into the locker room to have trainers look at the damage caused to his eye — Memphis fans began the jeering … poking fun at him for getting injured.

Green was clearly furious over the crowd’s reaction … and used both his middle fingers to express his disdain.

No one outside of the WWE plays heel better than Draymond Green 😂😭 pic.twitter.com/OHOgncpcGw

Following the game, Green said he didn’t regret his actions one bit … explaining he’ll happily pay the fine that NBA officials will inevitably hand his way over it all.

“If you’re going to boo somebody who got elbowed in the eye and had blood running down their face, you should get flipped off,” Green said. “So, I’ll take the fine. I’ll go do an appearance and make up the money.” 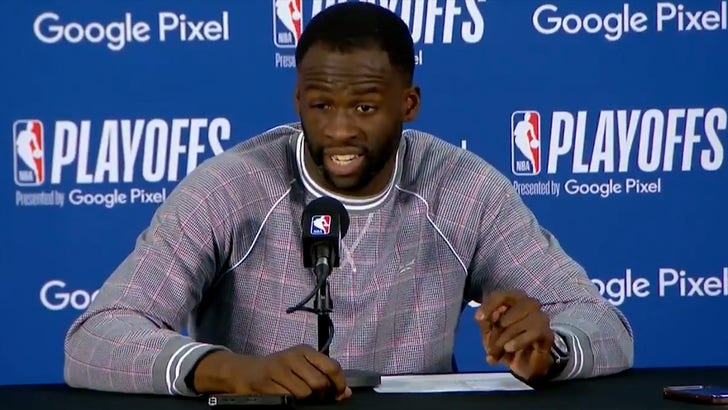 No word on what it’ll cost Green (Kyrie Irving was fined $50,000 for a similar gesture last month) … but he told media members the price tag truly won’t matter.

As for the action on the court, Green’s Warriors ended up taking the L — falling to Ja Morant and the Grizzlies, 106-101 … much to Grizzlies fans’ delight.

Aragorn comes to Elden Ring in this fantastic video mashup