80’s teen star Tiffany is apologizing for yelling “f**k you” to fans while struggling through her hit song — and she’s chalking up the strange behavior to a panic attack.

The “I Think We’re Alone Now” singer just explained her side of the story from last Sunday’s show in Melbourne, FL. As we first told you, Tiffany had a tough time hitting several notes before losing it and cursing out the crowd. 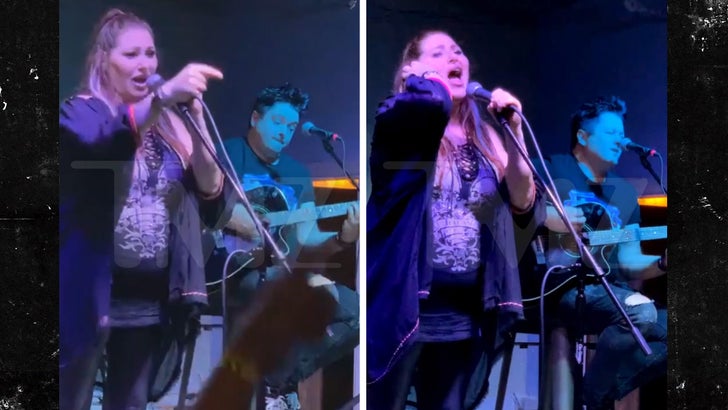 Tiffany admits she lost her voice, and that triggered the panic attack … but she still got on stage and ended up having the meltdown. As for the cursing, she says she didn’t really mean it, apologized and thanked the fans who’ve been supporting her.

She is sounding better now, and wanted to prove she can still belt out her signature tune … so, check out the video.

While there’s been some speculation alcohol played a factor, Tiffany never addresses it … and says she prides herself on “bringing it” at her shows.

Kanye West Says God Will Bring Kim and Him Back Together, Inspire Millions

And Just Like That…’s Latest Episode Has Us Shouting “Justice for Steve” Again – E! Online