When George Lucas kicked off the Star Wars prequel trilogy with The Phantom Menace, it was rejected by a lot of fans and critics. However, like the two movies that followed it, it’s since been reappraised as a timeless cult classic.

More than two decades after Lucas released one of the most highly anticipated blockbusters of all time and it quickly became one of the most polarizing movies ever made, Star Wars fans are still talking about The Phantom Menace. Thanks to enduring gems like Darth Maul and “Duel of the Fates,” Episode I holds up.

The tragic foreshadowing in The Phantom Menace hits a lot harder on repeat viewings when the audience knows where it’s all leading. Anakin will inevitably become Darth Vader one day, and George Lucas uses that inevitability to give the story dramatic weight.

Yoda senses darkness in Anakin’s soul and doesn’t want to train him as a Jedi, but reluctantly agrees to train him at the behest of Qui-Gon’s dying wish. This seals Anakin’s dark fate – and that of the entire galaxy – and when the audience knows the tragedy that comes next, The Phantom Menace is even more heartbreaking.

One of the very few aspects of the prequel trilogy that critics, diehard Star Wars fans, and casual viewers all enjoyed was Ewan McGregor’s charming portrayal of young Obi-Wan Kenobi.

McGregor didn’t set out to shallowly mimic Alec Guinness’ vocal inflections and characteristics; instead, he offered his own take on a younger, more naive incarnation of Obi-Wan, and it was spot-on. McGregor’s performance has since become the gold standard for playing the younger version of a role made iconic by another actor.

8 The Podracing Sequence Is Riveting

The most unique set piece in The Phantom Menace is the podrace. The stakes are clear – the race will determine Anakin’s freedom – and the concept of a deadly auto racing tournament in a galaxy far, far away creates an action scene like no other.

Unlike a lot of Star Wars action sequences, the podrace isn’t complemented by a John Williams score. Ben Burtt’s unique sound effects, breathing life into the blaring engine noises of fictional vehicles, create their own kind of hypnotic rhythm.

Jake Lloyd’s performance as a nine-year-old Anakin Skywalker in The Phantom Menace is massively underrated. Unlike his successor Hayden Christensen, Lloyd’s acting has yet to be retroactively reappraised by the fan base. Lloyd doesn’t lean into Anakin’s darkness right away; instead, he plays him as a starry-eyed desert scavenger like his son in the original trilogy.

Depicting the future Darth Vader as a sweet, innocent kid rubbed some fans the wrong way, but it beautifully foreshadows the ultimate tragedy of the character. The prequels tell the story of Anakin’s downfall, and Lloyd’s bright-eyed performance gives him somewhere to fall from.

6 The Old Republic Worldbuilding Separates The Prequel Era From The O.T. Era

While the sequel trilogy would go on to closely mimic the original trilogy and evoke its iconography, the prequel trilogy deliberately set itself apart from its predecessors. It takes place at the time of the Old Republic, and Lucas introduced a very different universe than the grimy “used future” he depicted in 1977.

The Old Republic worldbuilding introduced the Jedi at the height of their powers and established the capital city-planet at the center of a functioning galaxy-wide democracy. These worlds were new and exciting, and that spectacle holds up to this day.

5 “Duel Of The Fates” Is John Williams’ Grandest, Most Operatic Star Wars Piece

Before retiring from the franchise with his Oscar-nominated score for The Rise of Skywalker, John Williams composed a handful of unforgettable pieces of music to accompany the high-flying adventures in a galaxy far, far away, from the foreboding militaristic menace of “The Imperial March” to the sweeping sounds of Anidala’s love theme “Across the Stars.”

But arguably the grandest, most operatic composition from the entire saga is “Duel of the Fates.” The combination of a symphony and a choir sells the gravity of what’s at risk. The piece captured the stakes of Anakin’s turn to the dark side so beautifully that Williams later incorporated elements of it into “Battles of the Heroes,” his score for the Mustafar duel.

The emotional core of The Phantom Menace is the father-son dynamic that Anakin develops with Qui-Gon. Liam Neeson and Jake Lloyd share strong enough chemistry that these emotions ring true.

Dave Filoni explained in Disney Gallery: The Mandalorian that Qui-Gon was the father figure Anakin needed. If he’d survived, he could’ve trained Anakin himself and kept him from turning to the dark side. After Maul killed Qui-Gon, Anakin lost his ideal father figure. Obi-Wan was more of a brother, so Palpatine swooped in and filled that role to kickstart his empire.

When CGI is done poorly, it can age like milk and even ruin the audience’s enjoyment of a movie. But the groundbreaking early effects from movies like T2 and Jurassic Park that set the stage for all the rest still hold up today.

RELATED: 5 Reasons New Star Wars Viewers Should Start With The Phantom Menace (& 5 Why It Should Be A New Hope)

Lucas developed brand-new VFX technologies to bring the worlds of the Star Wars prequel trilogy to life. Some of the CG shots look a little rough around the edges – and the hilly environments of Naboo have been compared to the generic Windows XP wallpaper – but the space battles are just as spectacular today.

2 The Return To Tatooine Is A Nostalgia Trip

The Phantom Menace evokes fans’ nostalgia far more effectively than The Force Awakens. Much like Luke Skywalker’s humble beginnings in the original trilogy, Anakin is introduced leading a mundane existence in The Phantom Menace. He works in a junk shop in a dusty, crime-ridden town and dreams of leaving the desert planet behind to become an intergalactic hero. The prequels’ return to Tatooine could’ve felt like a re-tread, but new elements like podracing keep the story feeling fresh.

The plain, barren landscapes of Tatooine make it a great location to use as a springboard into the larger story. In both of his Star Wars trilogies, Lucas took audiences to Tatooine before launching the heroes into a galaxy-spanning three-part epic.

1 Obi-Wan & Qui-Gon Vs. Maul Is The Most Spectacular Lightsaber Duel

Thanks to its sky-high stakes, Ray Park’s unparalleled abilities as a martial artist, and the unique spectacle of two single-bladed lightsaber wielders simultaneously fighting a double-bladed lightsaber user, The Phantom Menace’s climactic duel is the greatest in the saga’s history. Qui-Gon and Obi-Wan’s ultimately fatal struggle to defeat Darth Maul both determines Anakin’s dark fate and stands out as a masterpiece of action filmmaking.

The explosive visuals of Obi-Wan and Anakin’s duel on Mustafar offered some fierce competition in Revenge of the Sith, but The Phantom Menace’s “Duel of the Fates” is still the most spectacular lightsaber duel ever put on film.


Next
10 Things Only Comic Book Fans Know About Deadpool

Ben Sherlock is a writer, comedian, and independent filmmaker. He writes lists for Screen Rant and features and reviews for Game Rant, covering Mando, Melville, Mad Max, and more. He’s currently in pre-production on his first feature film, and has been for a while because filmmaking is expensive. In the meantime, he’s also in pre-production on various short films. Previously, he wrote for Taste of Cinema, Comic Book Resources, and BabbleTop. You can catch him performing standup at odd pubs around the UK that will give him stage time. 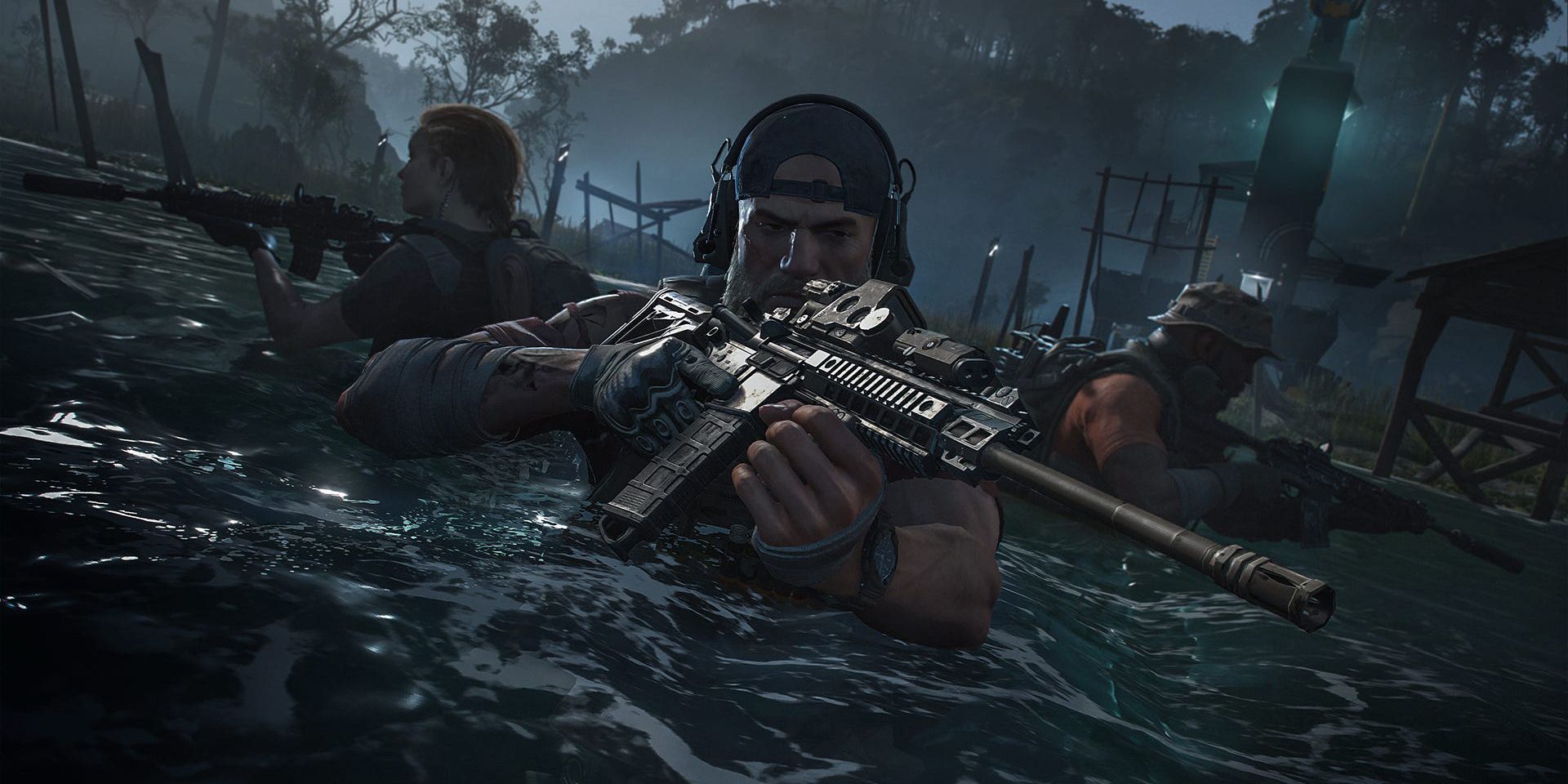 When Ghost Recon’s Next Game Is Coming 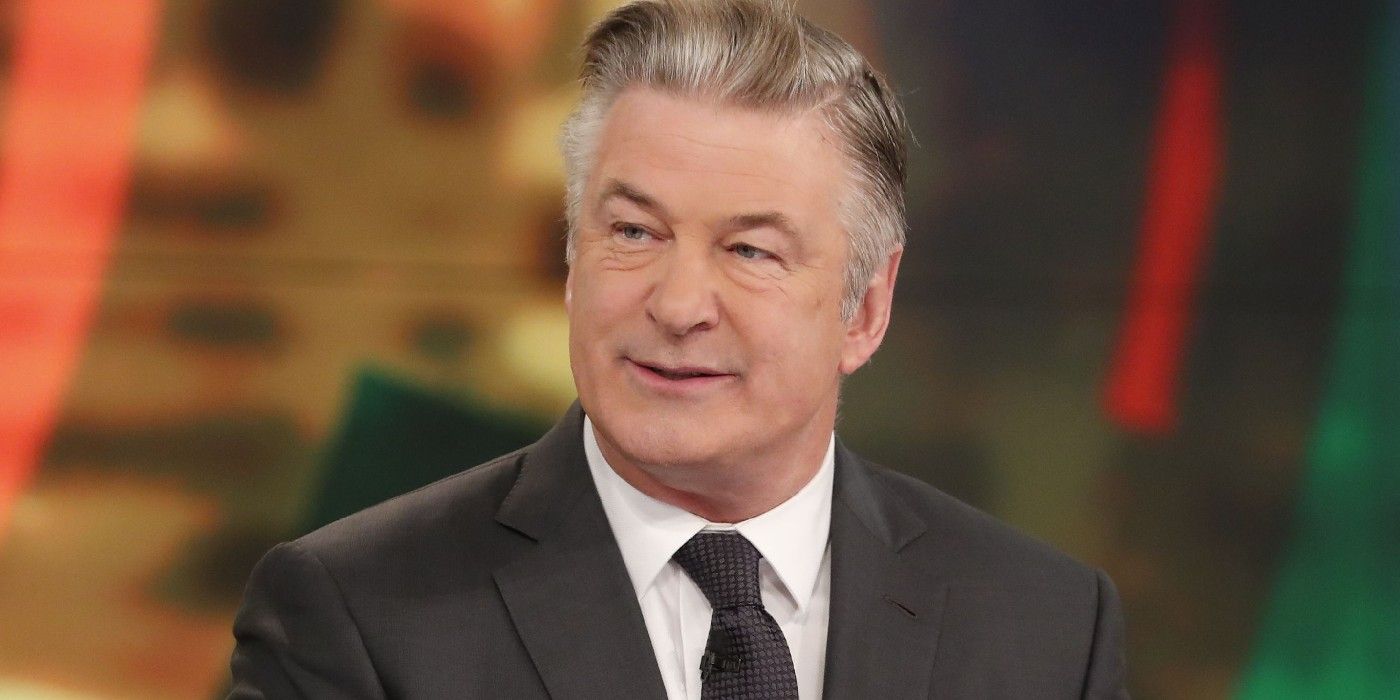 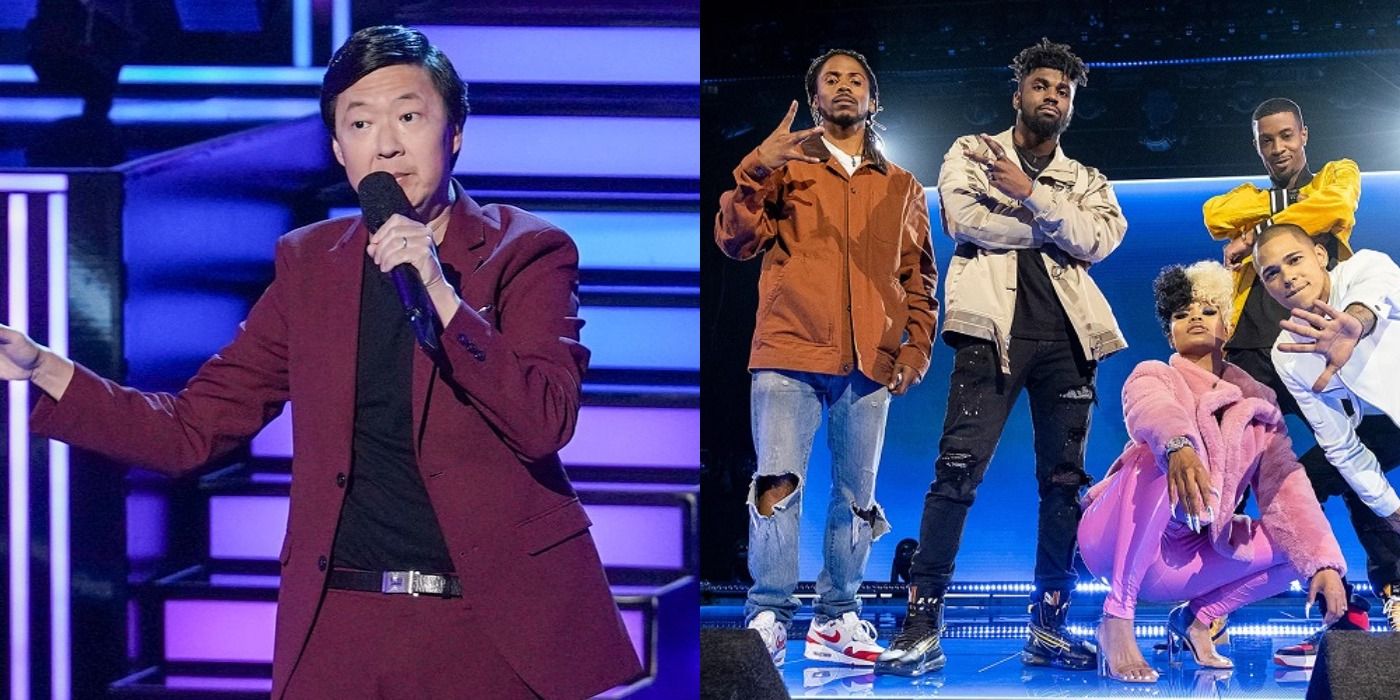 The Best Singing Competition Series Currently On TV, Ranked (According To IMDb) 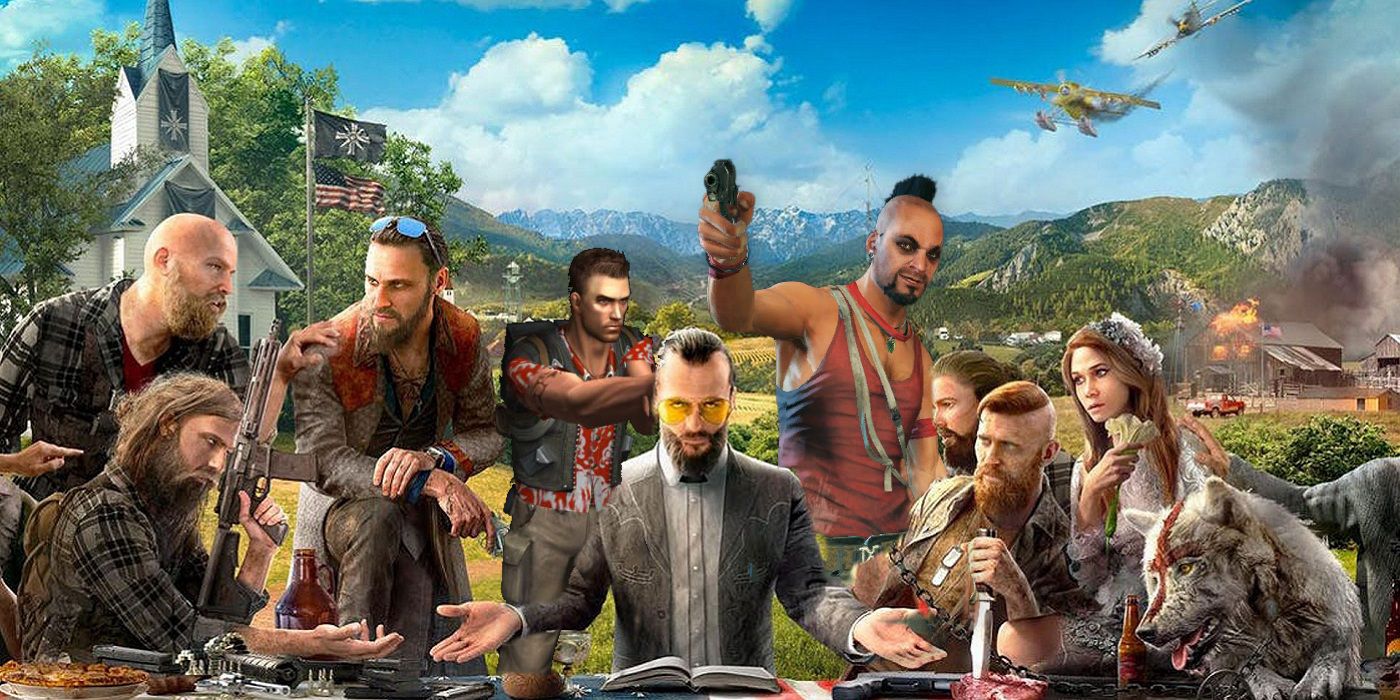