The recent introduction of the Zero Build game mode in Fortnite proves that building is the battle royale giant’s worst feature. Building, despite being unique, has often been criticized due to its repetitive nature, and after an experimental removal, a game mode without it became a permanent option. Zero Build Mode has highlighted the problems in Fortnite‘s building system, and although it doesn’t look like it will ever be removed completely, players who don’t want to build endless towers at least have a way to bypass it.

Fortnite‘s Chapter 3 Season 2 update removed building, a feature that had been a part of the game from the beginning. It was a surprising choice, and one that was met with mixed reactions. Afterwards, players everywhere were asking whether or not the change would be permanent. Soon enough, however, building features made their return. Winning in Fortnite‘s no building mode was easier for some than others, but players who love building and those who hate it now both have a game that they can enjoy. Epic Games has somehow managed to appease both sides of its player base by introducing a permanent Zero Build Mode for those who wish to forgo building.

Related: Fortnite Has A Crossover Problem (But Can Fix It)

Building is a big part of what makes Fortnite unique. It helped it stand out from the mass of other battle royale games on the market, and is arguably what helped it become such a big success. However, it’s also one of the more problematic aspects of the game. It’s something that players seem to either love or hate, with both sides feeling strongly about their chosen stance. There are arguments both for and against it, but thankfully, Zero Build Mode lets players have their cake and eat it too. Fortnite‘s building changes were good for those who struggled with or didn’t enjoy the mechanic, even if they changed the game wildly upon their implementation.

Why Fortnite’s Building Can Be Less Interesting

One of the reasons why Fortnite‘s building feature is so bad is because it makes the meta game boring. After being killed, or just while watching someone else play on YouTube or Twitch, players all building the same towers as everyone else and trying to shoot down their opponents’ gets old fast. It seems like the game has become less about who’s better at it and more about who’s better at building. It can get repetitive both to play and to watch, even if it is a unique mechanic. There’s also no shortage of ways for trolls to use building to infuriate unwary players, from boxing them into a cube to launching them with a bounce pad – also unique, but sometimes obnoxious.

Pro Fortnite players can build incredibly fast, but the same can’t be said of everyone. Building is also a problem because casual players and those new to the game often struggle with it, which puts them at a marked disadvantage compared to experts. There’s not much they can do against someone who can make a gigantic structure within seconds to provide nigh-impenetrable cover, or to trap them and shoot them like fish in a barrel. Building is more than a little complicated, often requiring split-second decisions and a quick mouse hand. It can put newer players off and is a skill best evolved through lots of repeated practice, serving almost as a form of gatekeeping for those who just want to have fun in a battle royale instead of having to construct massive structures on the fly in their pursuit of a coveted win.

By removing building, Fortnite changed in a big way, arguably for the better. One improvement is that it made games faster. It might be easy to die in Fortnite, but living to see the end takes a while. Building can bog down matches by dragging out gunfights, as well as requiring players to gather large amounts of materials. They may spend more time gathering wood from trees or metal from mailboxes than they do in the actual combat. All of it slows down the game quite a bit, so Zero Build Mode allows for quicker games that don’t require as much time or energy. Although it might defeat the purpose of pickaxes a bit, that’s not as much of a problem due to their dual purpose as melee weapons.

Taking out building also put a stronger emphasis on combat. Without all the material gathering and battlefield control, players could focus on shooting each other to pieces, which is what the game was supposed to be like in the first place. Vehicles also had a bigger role, like the jetpack Fortnite reintroduced in Chapter 3 Season 2. The game’s many guns and explosives were already a focal point, but they can truly shine without the building features. Although sniping can still remove players from combat somewhat, it’s not too much of an issue. Tactics also became more important since players couldn’t just build a giant metal fort anywhere they were anymore, leading to professional players coming up with creative new ways to play, and newer and casual ones having an easier time.

Why Did Fortnite Bring Building Back?

With how popular Zero Build Mode has proven to be (as shown above via Gamesight), and how many problems building has in Fortnite, it might seem strange for Epic Games to keep it around. However, despite its faults, it’s still popular; some players enjoy building massive structures during their battle royale matches. Displeasing half the player base for one of its most successful games most likely wouldn’t be a good move for Epic, so from a business standpoint, it makes sense. It’s not likely that a Fortnite 2 would be made due to the nature of the Battle Pass system, so the company needs to keep Fortnite players happy if it wants to keep making money. Pleasing those who don’t like building is also just as important. Whether it brought it back or did away with it for good, it wouldn’t be fair to those who preferred one or the other. Zero Build Mode lets Fortnite be the best of both worlds by giving players options, in the same manner that the solo, duo, and team modes do.

Another reason is that building is a core part of Fortnite. Even if it’s problematic, it helps it stand out from the crowd. Without it, the game isn’t fundamentally too different from titles like Apex Legends or PUBG: Battlegrounds. The many crossovers that Fortnite‘s become known for get boring after a while, and might not be enough to preserve the game’s popularity if it starts to fade due to the resulting lack of individuality that permanently removing building could bring. Fortnite may be one of the most popular – if not the most popular – battle royale game there is, but if it lost a part of what helped it rise to stardom in the first place, then it could suffer for it, and Epic Games likely knew that.

There also isn’t much reason not to at least have building as an option, especially since it’s such a big part of the game’s identity. It’s vaulted a lot of good weapons and features, like the Sticky Grenades, so it doesn’t need to get rid of something that helped it become the game that it is today. Fortnite could outlast other battle royale games for a long time if it does things right, so it needs to be careful with its permanent changes. Getting rid of building forever doesn’t seem like it would do the game much good in the long run, and if it hadn’t introduced Zero Build Mode, then players may have ended up demanding that Fortnite return its signature feature eventually.

Next: Fortnite Battle Pass Song Is Officially A Classic Meme

Austin Geiger is a nerd and a Game Features author at Screen Rant. He has loved to read, write, and play video games for longer than he can remember, and does each one daily. He likes Pokemon, Digimon, The Elder Scrolls, and more. 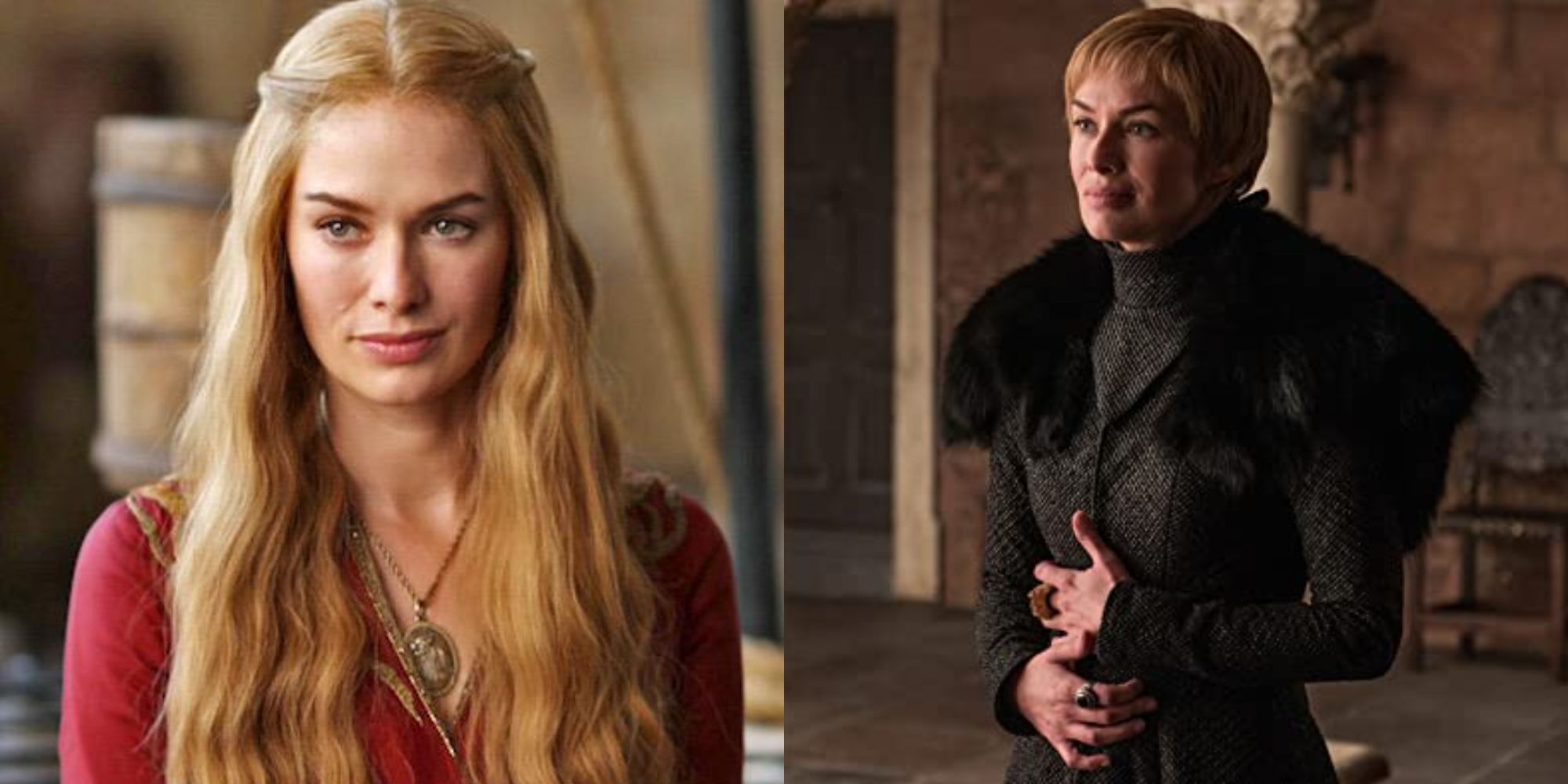 Game Of Thrones: 10 Traits That Perfectly Sum Up Cersei As A Character 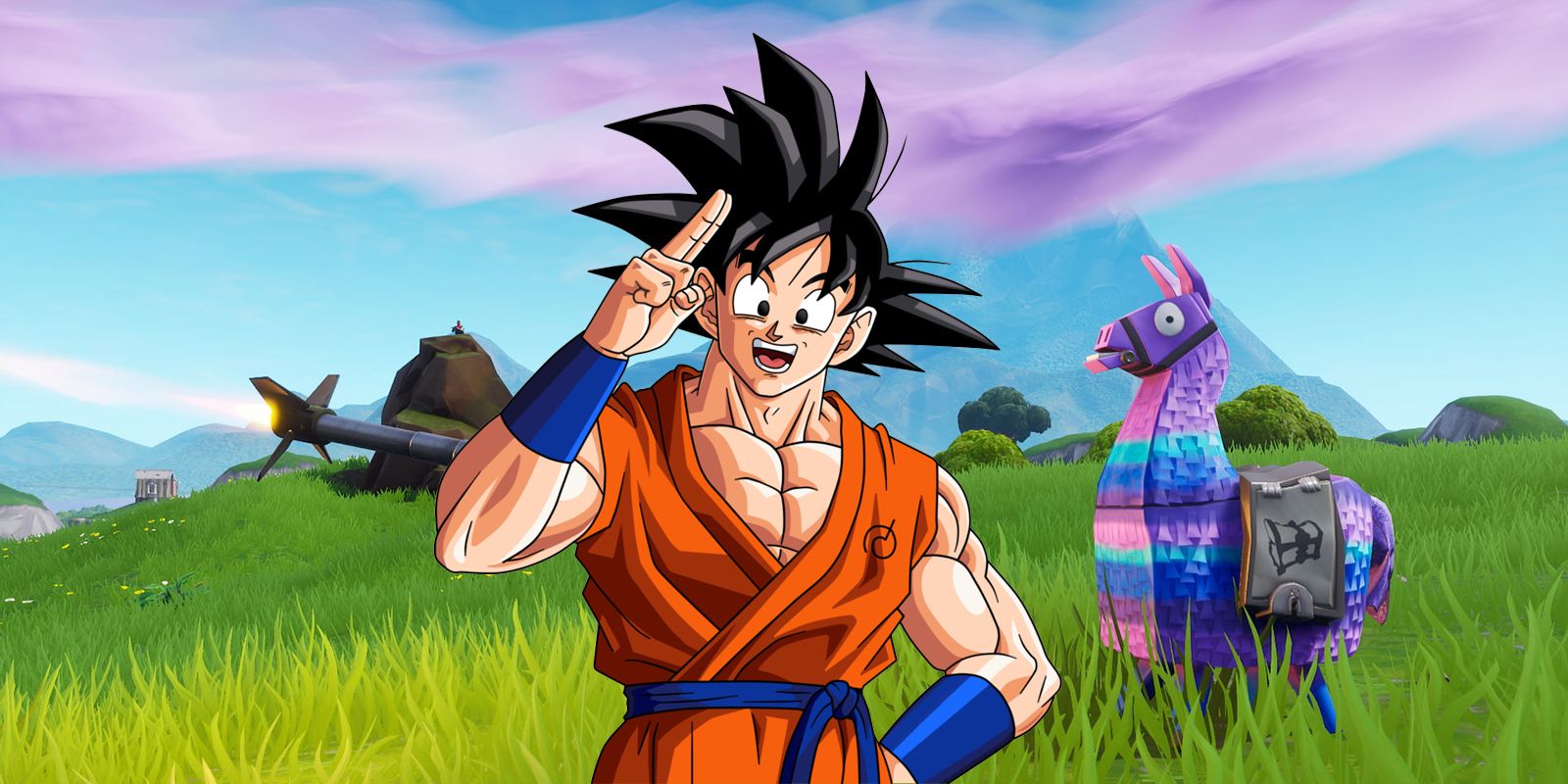 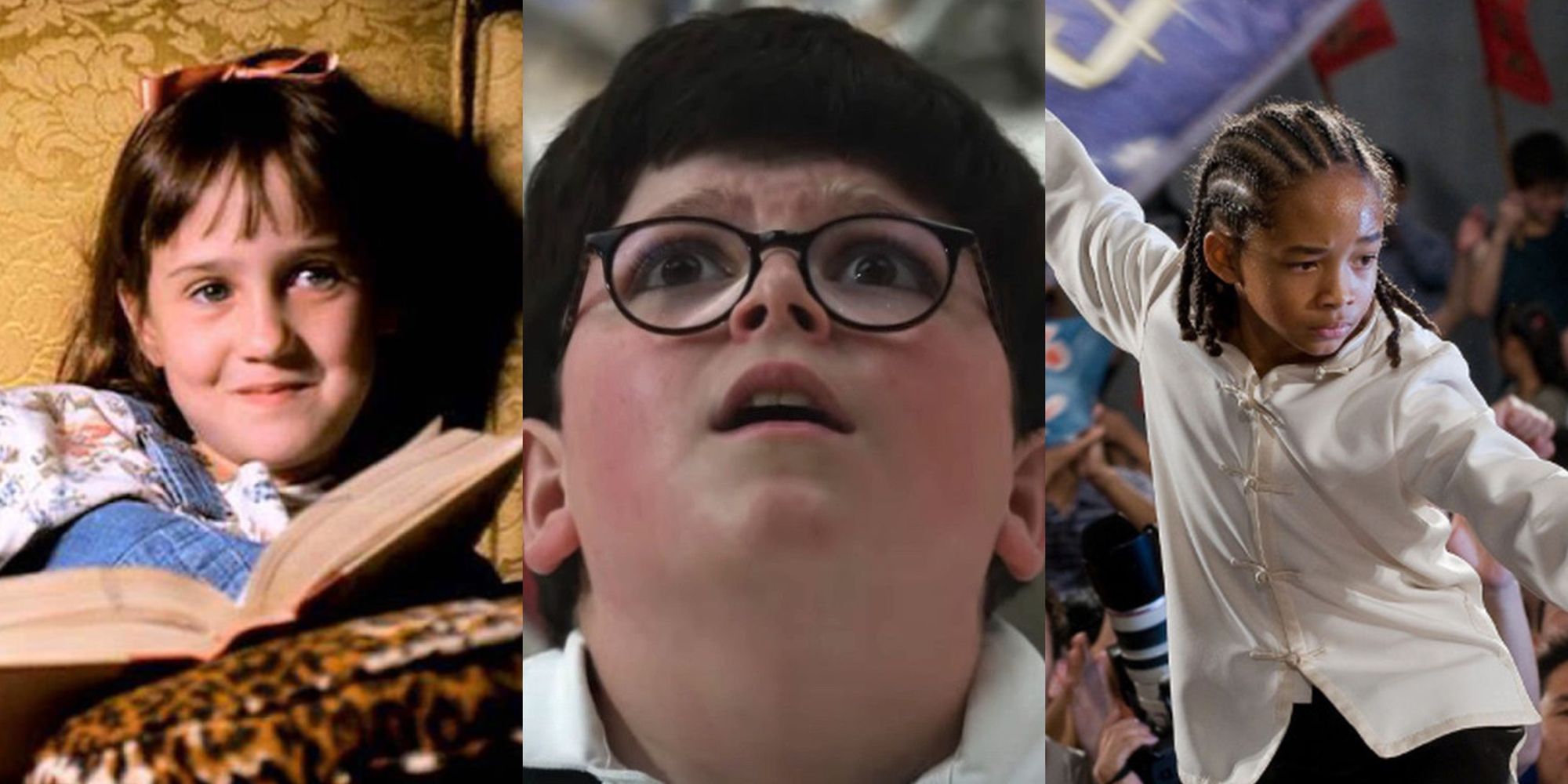 The Railway Children & 9 Other Remakes Of Childhood Classics 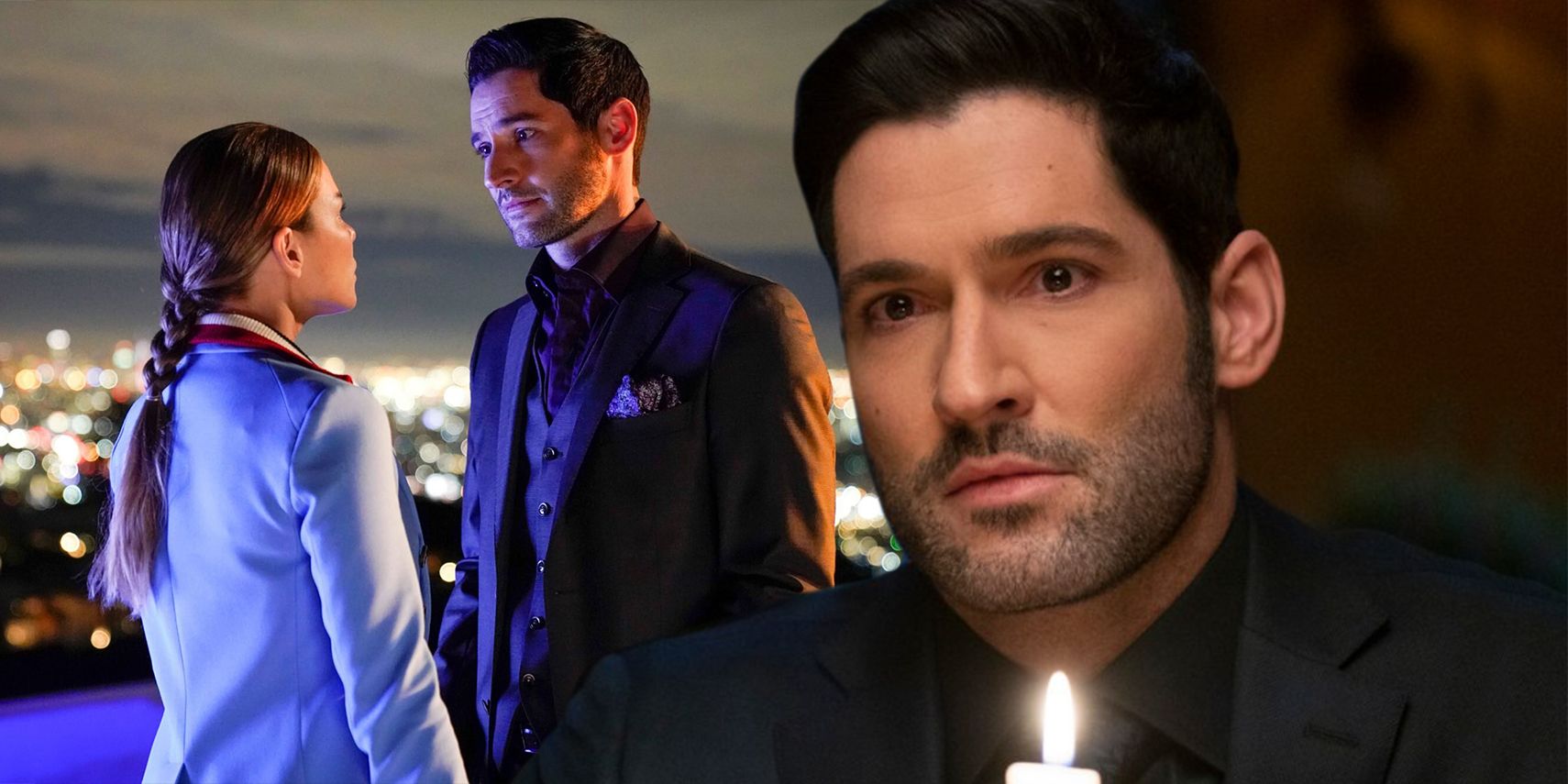