James, engaged in a legal battle to compel Trump, Donald Trump Jr. and Ivanka Trump to cooperate with the investigation, wrote on Twitter, that they “have all been closely involved in the transactions in question, so we won’t tolerate their attempts to evade testifying in this investigation.”

Her social media posts came as her office filed a cross-motion to compel testimony from Trump and two of his children as part of her civil investigation into their business practices. Her office has not made a decision on whether she will pursue a legal action.

“We will not be deterred in our efforts to continue this investigation, uncover the facts, and pursue justice, no matter how many roadblocks Mr. Trump and his family throw in our way,” she wrote.

Trump has sought to quash her subpoenas, characterizing her investigation as politically motivated.

Trump’s legal team has argued that James cannot issue subpoenas because she also is working with the Manhattan district attorney on a separate criminal investigation, per NBC News. In other words, they argue that she cannot compel testimony for a civil investigation if it ultimately may be used in a criminal proceeding.

But in the court filing, James and her team wrote that it was not unusual for witnesses to testify as a parallel investigation was proceeding. “Each witness is free to invoke their Fifth Amendment privilege against self-incrimination. A witness’s exercise of that right in a civil investigation (or any other civil or administrative proceeding) is neither uncommon nor a denial of a constitutional right. Rather, witnesses routinely face such a decision and invoke the privilege—as witnesses have done in this investigation.”

A spokesperson for the Trump Organization did not immediately return a request for comment.

Among other things, James’ team indicated in the court filing that they had possible evidence that the Trump Organization “may have improperly obtained more than $5 million in federal tax benefits from misleading valuations of conservation easements at Seven Springs and Trump National Golf Club, Los Angeles.”

“Virtually all of the benefits from the misleading valuations accrued to Donald J. Trump. As a result, the testimony and materials sought bear a reasonable relation to the matters under investigation. 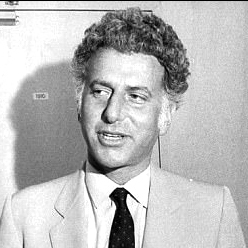