“May the syrup be tasty!” Well Go USA is releasing this Japanese action comedy on VOD & DVD starting tomorrow – this trailer dropped a few weeks ago but we’re only catching up with it now. Baby Assassins is a hitwoman action comedy from Japan directed by filmmaker Yugo Sakamoto. Chisato and Mahilo are two high school girls who are about to graduate. They also happen to both be highly skilled assassins. When the organization they work for orders them to share a room, the relationship between them turns sour. This “badass new martial arts action-comedy” is directed by Hugo Sakamoto and it stars the inimitable Akari Takaishi, the rising star and Snake Eyes and Rurouni Kenshin franchise stuntwoman Saori Izawa, and the lightning-fast Masanori Mimoto (Enter the Fat Dragon, Yakuza Apocalypse, Hydra)—now available to watch early, exclusively on Hi-YAH! – if you prefer streaming. This definitely looks like fun, but it really does have a direct-to-video vibe about it. Will the action be good at least? It’s hard to tell from this trailer. 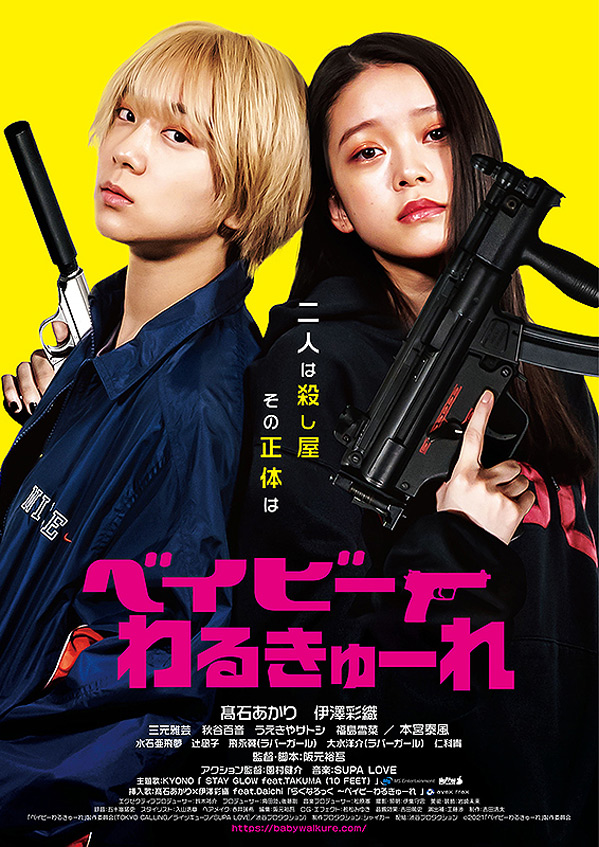 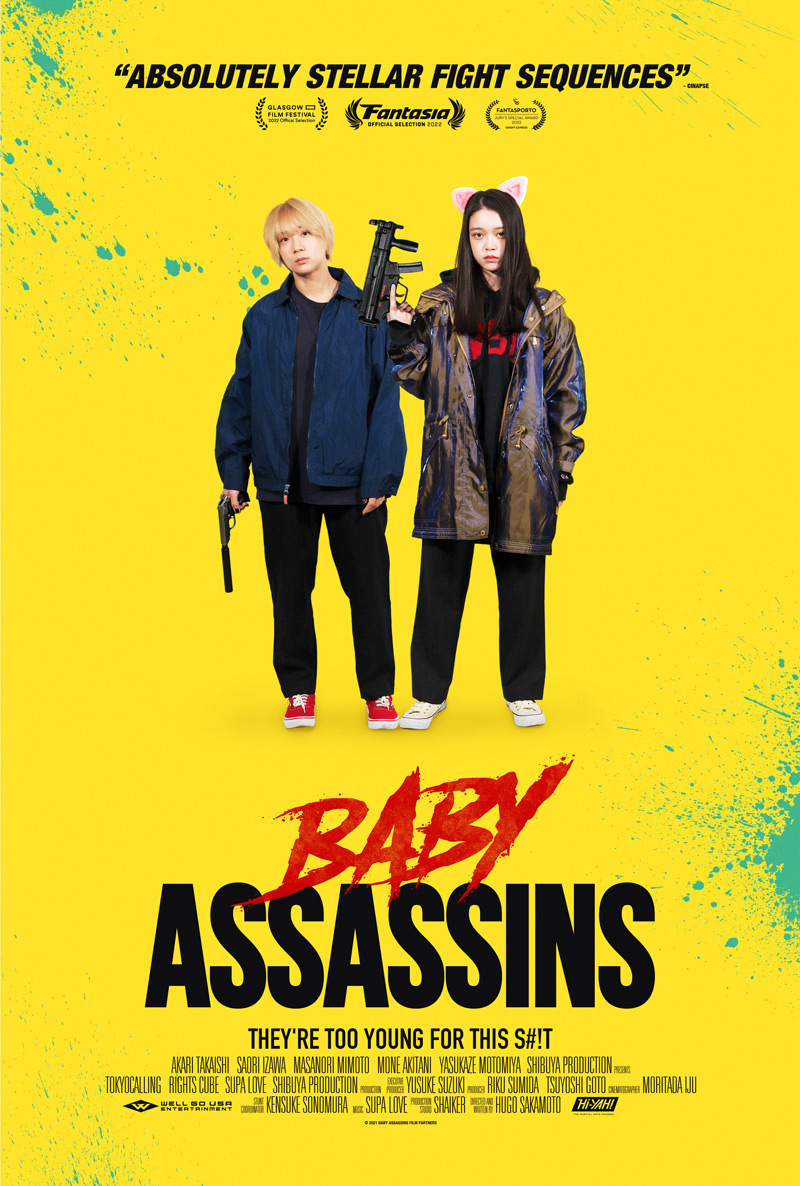 Upon graduation from high school, highly trained teenage assassins Chisato and Mahiro are informed by upper management that they will need to hold down “normal” jobs as a cover, and—even worse—they’ll be forced to share an apartment. However, after an unfortunate run-in with a Yakuza member, the two must band together to survive an epic fight for their lives. Baby Assassins, originally known as ベイビーわるきゅーれ in Japanese, is both written and directed by Japanese filmmaker Yugo Sakamoto, director of the films director of the actions films Hangman’s Knot, Slaughtr Jap, A Janitor, Yellow Dragon’s Village, Kunioka, and Green Bullet previously. With action direction by Kensuke Sonomura. This originally opened in Japan last summer, and it premiered at Fantastic Fest 2021 in the fall in Austin, TX last year. Well Go USA will release Sakamoto’s Baby Assassins on VOD / Blu-ray starting on August 16th, 2022. It’s also available to watch streaming on the martial arts service Hi-YAH! now. Visit the official Japanese site here. 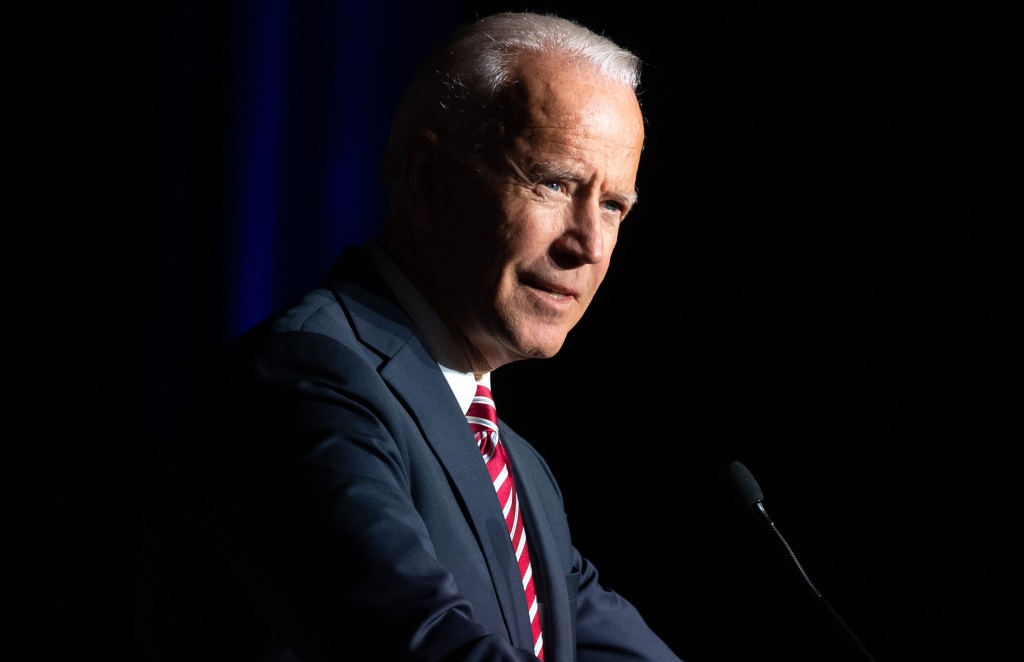 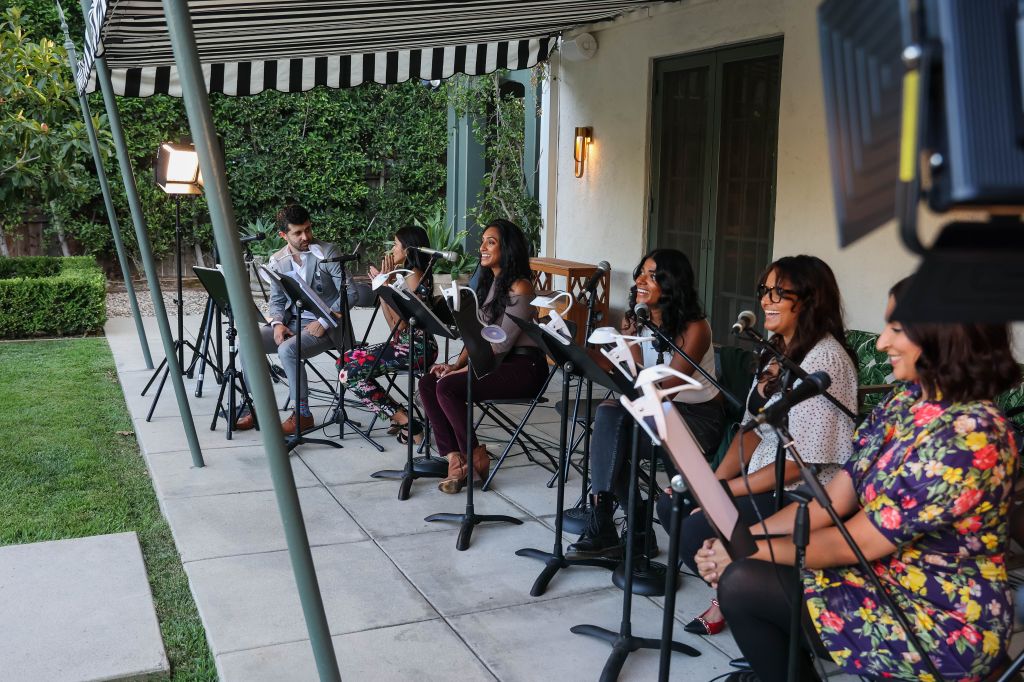