“And she saw radiations and gases and rocks, and dripping volcanoes and oceans of lava…” Who’s ready for a two minute voyage through time & space, into our souls and beyond? This mesmerizing short film is an experience unlike any – and it’s just barely 120 seconds. Generation is a remarkable short film made by filmmaker Riccardo Fusetti. He shot a live-action dance performance then fed each individual frame into an Artificial Intelligence generator to create a stunning film. “A brief journey through the human experience as seen by the eyes of an A.I.” Featuring a dance performance by and choreography by Evie Webzell. With narration by Paul Thomson. Riccardo explains more about the A.I. process: “It wasn’t too dissimilar than working with a human illustrator, where I would make a rough pass of what I had in mind and then ask them to work on each frame and make it better and more detailed.” The result is something that feels quite profound, an exhilarating experience. I hope you also feel the power coming through the screen in this one. 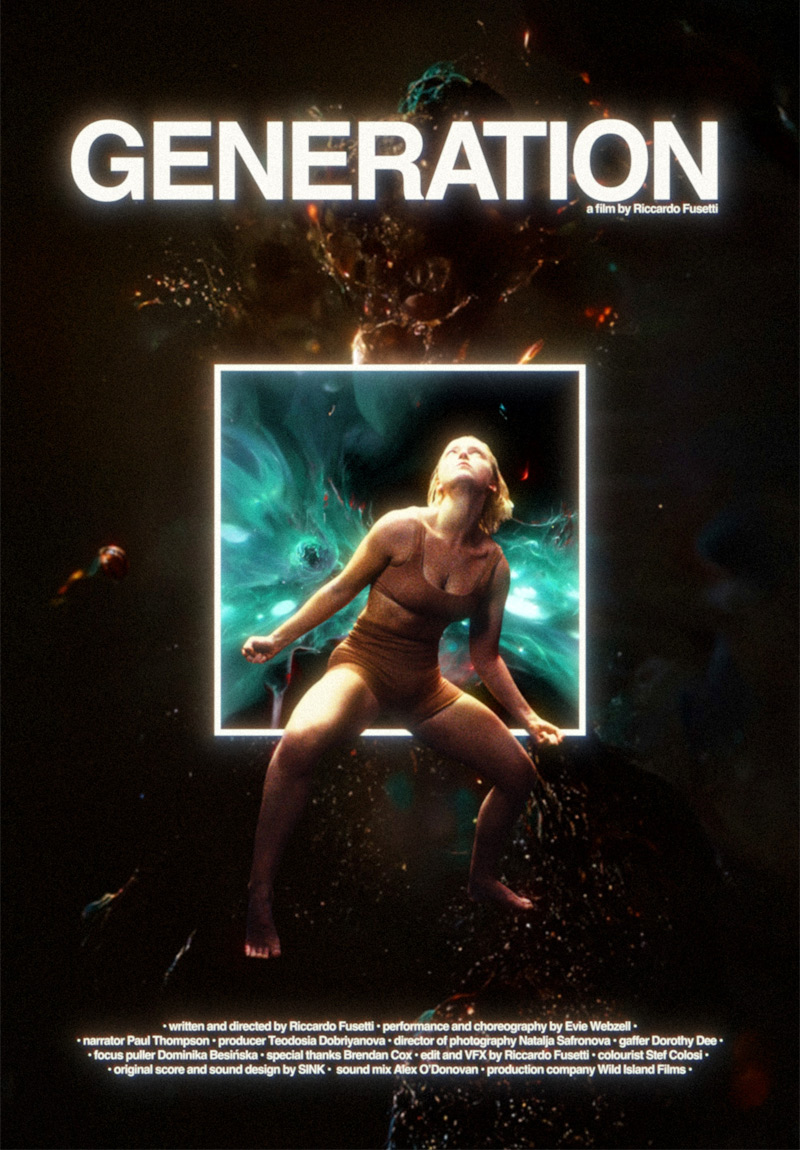 Thanks to Short of the Week for featuring this short. Brief intro from YouTube: “A brief journey through the human experience as seen by the eyes of an Artificial Intelligence.” Generation is directed by London-based filmmaker Riccardo Fusetti – you can view more of his work on his Vimeo or visit his official website or follow him on IG @riccardo.fusetti. Written, directed, edited, with VFX by Riccardo. Produced by Teodosia Dobriyanova. With cinematography by Natalja Safronova, and an original score and sound design by SINK. Riccardo explains what he wanted to achieve with the A.I. tools: “I’ve had the vague idea of portraying the overwhelming feeling of human life for a while, and this tool really gave me the means to fully visualise and express the concept.” He integrates the dance performance: “Evie’s delicate yet powerful performance is the main drive of the whole film, even when you cannot see her, her movement is leading the whole animation process.” For more details, visit SOTW or his own site. To discover more shorts, click here. Your thoughts?