Access to legal abortion is likely to be restricted in half of U.S. states after a landmark Supreme Court ruling overturning Roe v Wade, likely pushing many women back to getting illegal, unsafe, abortions.

Before the 1973 case, which guaranteed a constitutionally protected right to abortion to all Americans women no longer the state they lived in, some women resorted to dire means to terminate their pregnancies – and some lost their lives in the process.

Back-alley ‘coat hanger’ abortions, intentionally throwing one’s self down the stairs and even ingesting poison were all dangerous tactics employed by some to stop an unwanted pregnancy.

Experts have warned that if abortion rights become restricted once again, that the number of abortions will not decrease, but instead they will just become more dangerous. 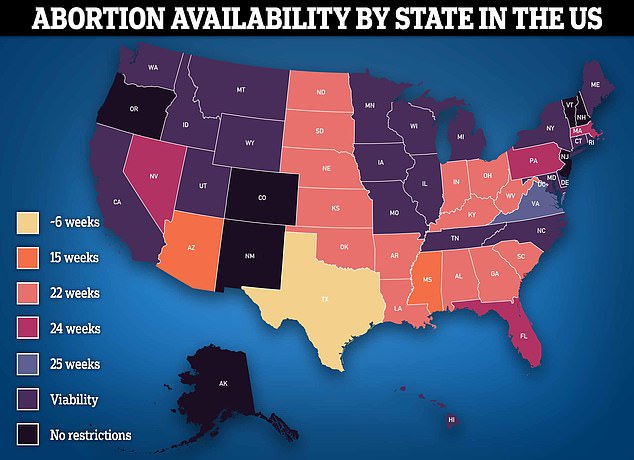 On Friday, the U.S. Supreme Court officially overturned Roe v Wade by a 6-3 vote, with the six conservative justices voting to repeal the ruling and the three liberals dissenting.

Dr Karissa Haugeberg, a history professor at Tulane University, explained the dangers of the decision to NPR in 2019.

‘Scholars estimate that between 20 percent and 25 percent of all pregnancies ended in abortion before Roe v Wade,’ she said, explaining the prevalence of abortions even before the landmark case. 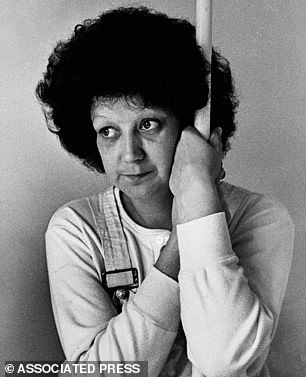 Norma McCorvey, known as ‘Jane Roe’, is pictured in January 1983. A decade earlier she had won a landmark abortion case – but the baby she wished to abort, Shelley Lynn Thornton, was born before the case concluded

She said that around 200 women would die every year from unsanctioned abortions before the ruling went into effect.

Abortion was limited in the U.S. before the landmark ruling in 1973, which protected legal abortion in all 50 states.

The case was filed in 1971 by Norma McCorvey, a 22-year-old living in Texas who was unmarried and seeking a termination of her unwanted pregnancy.

She married at the age of 16, but separated shortly after while she was pregnant. She gave custody of her daughter to her mother.

She gave a second child up for adoption, but when she got pregnant a third time she decided to have an abortion.

She said she couldn’t afford to travel to one of the handful of states where it would have been legal. Because of state legislation preventing abortions unless the mother’s life is at risk, she was unable to undergo the procedure in a safe and legal environment.

McCorvey sued Henry Wade, the Dallas county district attorney, in 1970. The case went on to the Supreme Court, under the filing Roe vs Wade, to protect McCorvey’s privacy.

In 1973, the court ruled in favor of the woman, establishing a new precedent in the U.S.

Before then, though, many women would have to resort to unsafe means to get the procedure.

‘Historically, the most commonplace method that women have used when they haven’t been able to obtain legal abortions is self-induction,’ Haugeberg said. 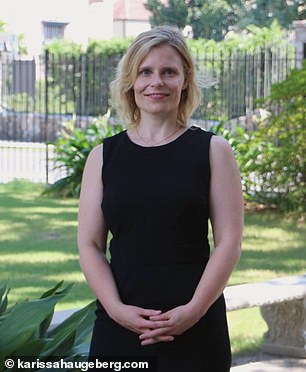 Dr Karissa Haugeberg, a history professor at Tulane University, warned that 200 Americans women died from an unsafe abortion every year after the passage of Roe v Wade

‘Those are the horror stories that you hear of women trying to fall down stairs or ingesting poisons or using instruments to try to induce an abortion.’

‘Another method that women commonly used was turning to the unregulated market. And some women were able to find providers who were willing to perform abortions safely but criminally at great risk to their professional careers and at risk of being imprisoned themselves.’

That could become a reality once more for women in 18 U.S. states where already signed into law abortion bans are set to trigger in the near future – many in the deep South, Midwest and Great Plains regions.

Some women will be able to travel out of state to receive an abortion, though many will be either unable to afford to or have other barriers that prevent travel.

When speaking in 2019 – before many of these abortion restrictions went into place –  Haugeberg feared that access to the procedure would become regionalized, just like it was pre-Roe.

‘So when we look at the provision of abortion in the immediate pre-Roe period, I think it’s actually very instructive,’ she said.

‘We had a patchwork system where women in certain places, like New York, and in certain areas – for example, cities – had much better ability to be able to get to a licensed provider and to afford a provider than women who lived in rural areas.

‘So even in 1971, a woman who lived in rural Louisiana had very little ability, often, to be able to afford to get to New York.

‘And I think that’s one thing that I see coming back – is that we’re returning to this period where geography matters tremendously, that women in certain states will have the ability to exercise the right to abortion while it’s quickly disappearing and diminishing for women in rural states and in states that have a higher proportion of African-Americans.’

There is some respite for women in red states, though. The two-dose ‘abortion pill’, a combination of the drugs mifepristone and misoprostol which empty out a woman’s uterus, are now widely available.

Medication abortions like such now make up more than half of the 600,000 annual abortions in America.

Some blue states like California, Illinois and Oregon have also laid out plans to help women in other states travel into the state in order to receive safe access to an abortion.

THE 26 STATES TO OUTLAW ABORTION NOW THAT ROE V. WADE HAS BEEN FORMALLY OVERTURNED 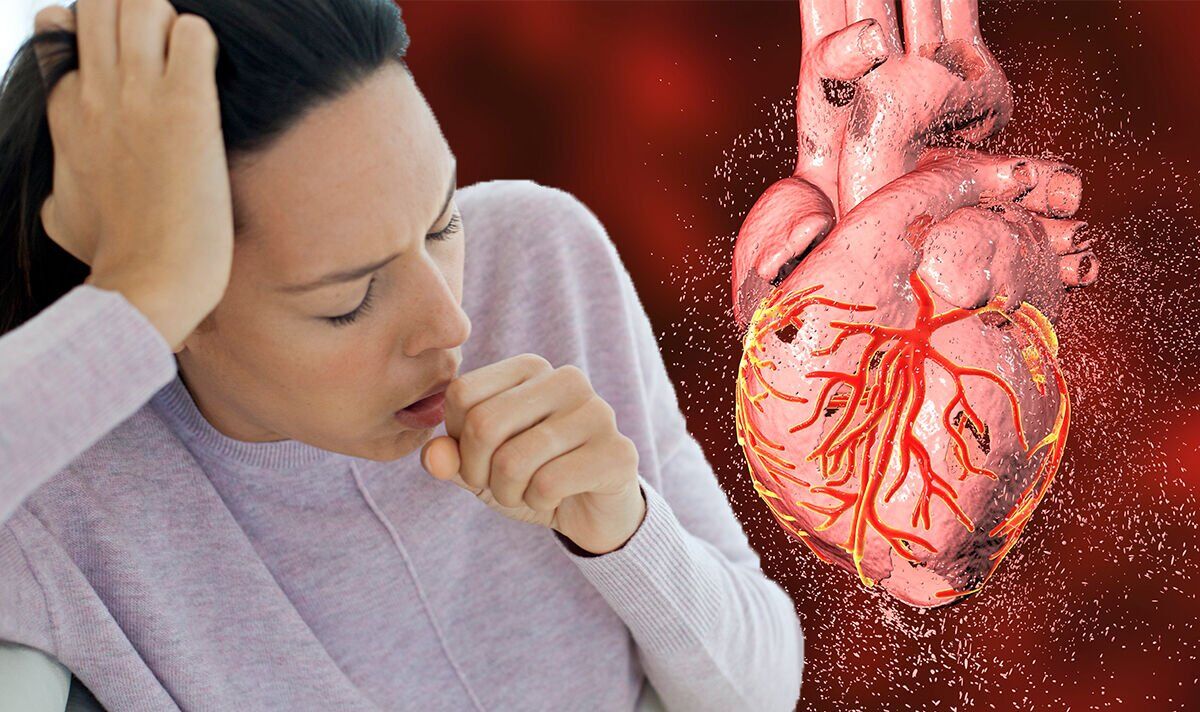 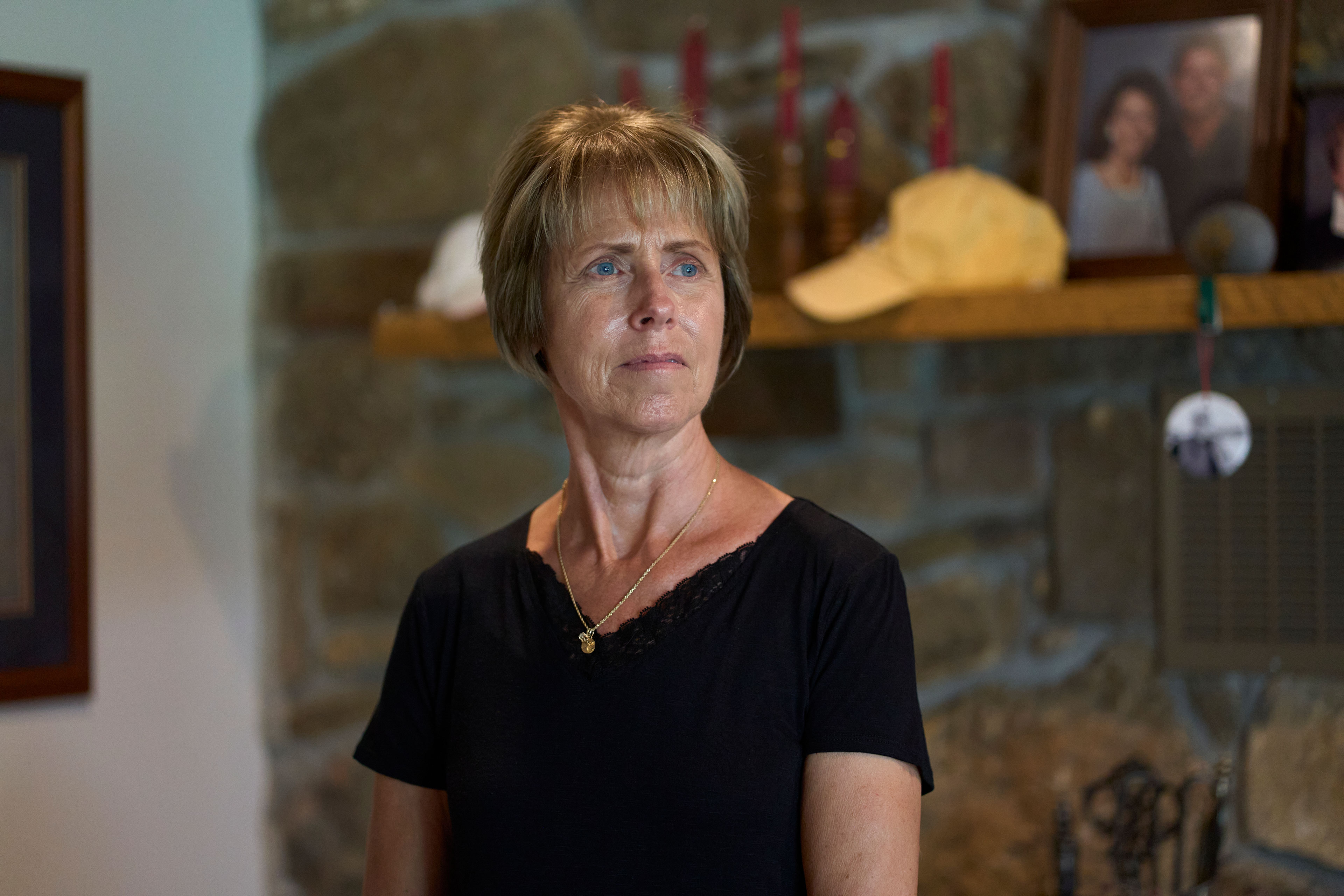 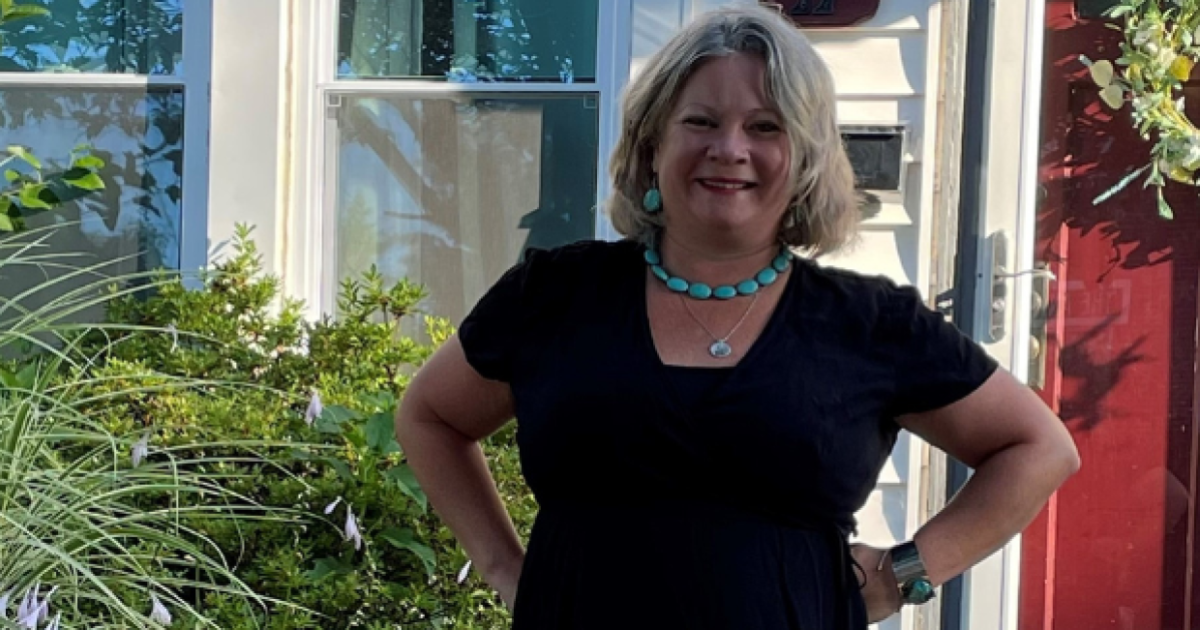