The Buffalo Bills look to build on their case as the best team in the NFL on Monday night in Week 2, as they host Derrick Henry and the Tennessee Titans. This is a rematch of an incredible Monday night game that took place last year, when Henry ran for 143 yards and three touchdowns, while Jeffery Simmons stuffed Josh Allen at the goal line on fourth down with just 22 seconds remaining in the fourth quarter.

Fast forward a year and things look very different. The Bills are 1-0 and the Super Bowl favorites, while the Titans no longer have A.J. Brown and are coming off of a tough upset loss to the New York Giants in Week 1. Tennessee may seem destined to take a step backwards from last year, but the Titans are a very tough team to predict. They can lose to the New York Jets one week, and then blow out the eventual Super Bowl champions on the road, just like they did last season. With how wacky Sunday was around the NFL, should we expect the unexpected in Buffalo tonight?

Below, we will break down this matchup from a gambling perspective and examine the line movement, Over/Under and player props to consider. First, here’s how you can watch Monday’s matchup.

All NFL odds are via Caesars Sportsbook.

The Bills opened up as 7.5-point favorites on Monday, May 16. After the Titans’ Week 1 loss, the line reopened at BUF -9.5 last Sunday night. The next day, it rose to BUF -10, where it has remained.

The pick: Bills -10. In my Week 2 picks column, I took the Bills to win, but the Titans to cover. It’s easy to make an argument for a solid road dog to cover a double-digit spread, but a couple of recent developments made me switch sides. On Saturday, the Titans ruled out their No. 1 cornerback, Fulton, due to a hamstring injury. Tennessee also ruled out Hilliard, who caught two touchdowns in Week 1.

Allen has everything needed to give this Titans defense fits. He possesses a powerful arm that can make Tennessee’s young corners look foolish, and the mobility to move the chains when he feels like it’s the best option. This game was never considered a top play for me in Week 2, but the lean is to the Bills to cover 10 points.

The total opened at 52 on May 16, but started to fall shortly after. It reopened at 49.5 last Sunday night, but began to fall again. On Wednesday, it dropped to 48, and then to 47.5 on Friday afternoon.

The pick: Over 47.5. Both the Titans and Bills failed to hit their Overs in Week 1, even though Tennessee allowed the Giants to score 21 points in the second half — which is exactly the amount of points Buffalo scored in the second half vs. the Los Angeles Rams in the NFL season opener. There’s no way I’m going to bet an Under in primetime with two teams that have offenses capable of scoring. You may question the Titans’ new-look passing attack, but Henry is a home-run hitter who can find the end zone from anywhere on the field. Tennessee hit the Over in six of eight road games last year, which was tied for second-most in the league. The bottom line is that I feel the total fell too low. If this number was at 52 or 53, it would give me pause, but at 47.5, the lean is to the Over.

Tannehill Over 1.5 passing touchdowns at plus money looks intriguing, but you have to remember he threw two or more touchdowns in just four games last year. However, he did throw two scores in Week 1 vs. the Giants. Tanny’s passing-yards line looks a bit low, but I do like him to throw an interception at -151. Another flier I will take is Tannehill to rush for at least 10 yards. He didn’t reach this line last week, but rushed for at least 17 yards in nine contests in 2021. In a primetime game with the Titans as underdogs, one read-option keep could hit the Over for us. I like it.

Overall, it’s tough to bet Tannehill props. A recipe for a Titans’ upset victory probably involves Tannehill hitting the Under on most of these props, but if you’re a big believer in the Bills, then Tannehill is going to have to air it out to keep up. Truly, a battle of different playing styles.

Go ahead and take the Over on Allen’s touchdown passes. If you don’t like laying -189, then throw it into a same-game parlay. I love the Over on passing yards here. That’s a solid line. I would stay away from the passing attempts and completions numbers, although I have a slight lean to the Under on attempts. I do not see any value on Allen’s interception number, but the Over on rushing yards is intriguing. Allen led the Bills with 56 rushing yards in Week 1. Tennessee will certainly pressure him, but that pressure will come from the interior. I guarantee Allen will take that escape route to the outside a couple times tonight.

Stefon Diggs longest reception: Over 23.5 (-117). Diggs will break free at least once against Tennessee’s backup corners. He caught a 53-yard pass last week against the Rams.

Treylon Burks receiving yards: Over 26.5 (+100). The Titans’ first-round pick has had a bizarre start to his NFL career, but he caught three passes for 55 yards in Week 1 despite playing just 22 offensive snaps. I think he can cross this number.

Tyler Bass made extra points: Over 2.5 (-169). Juicy, but may be a nice same-game parlay addition should you be high on Buffalo. Bass made all four extra points last week, and made at least three extra points in 11 of 17 games last year. 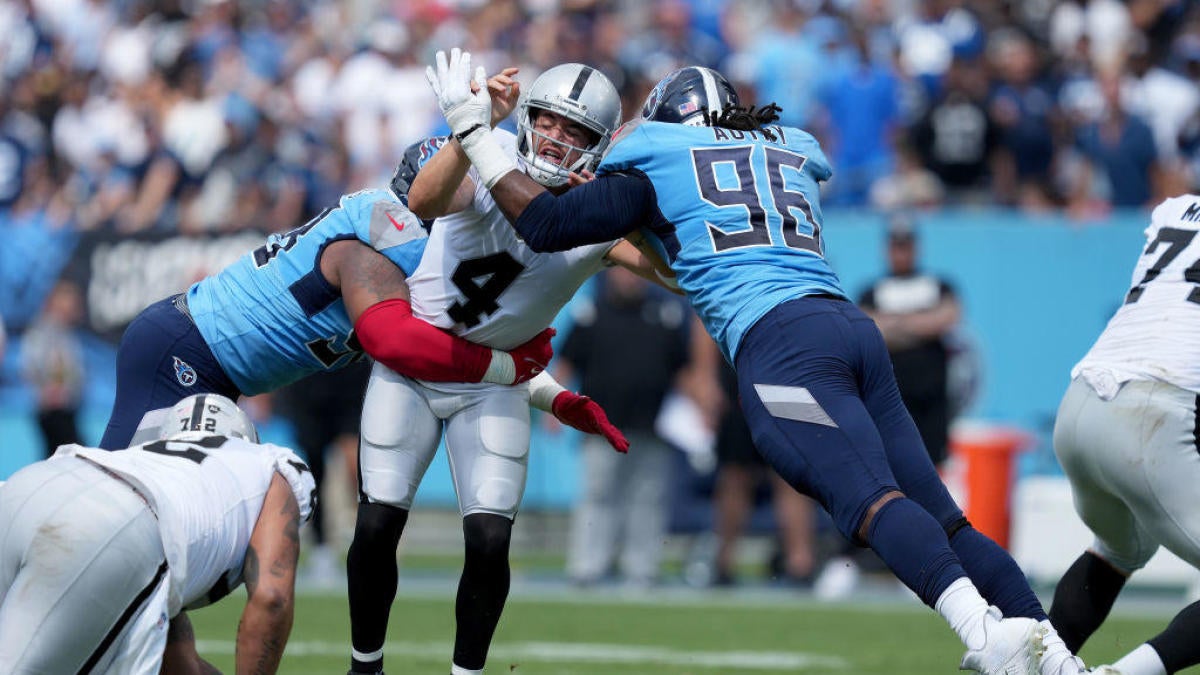 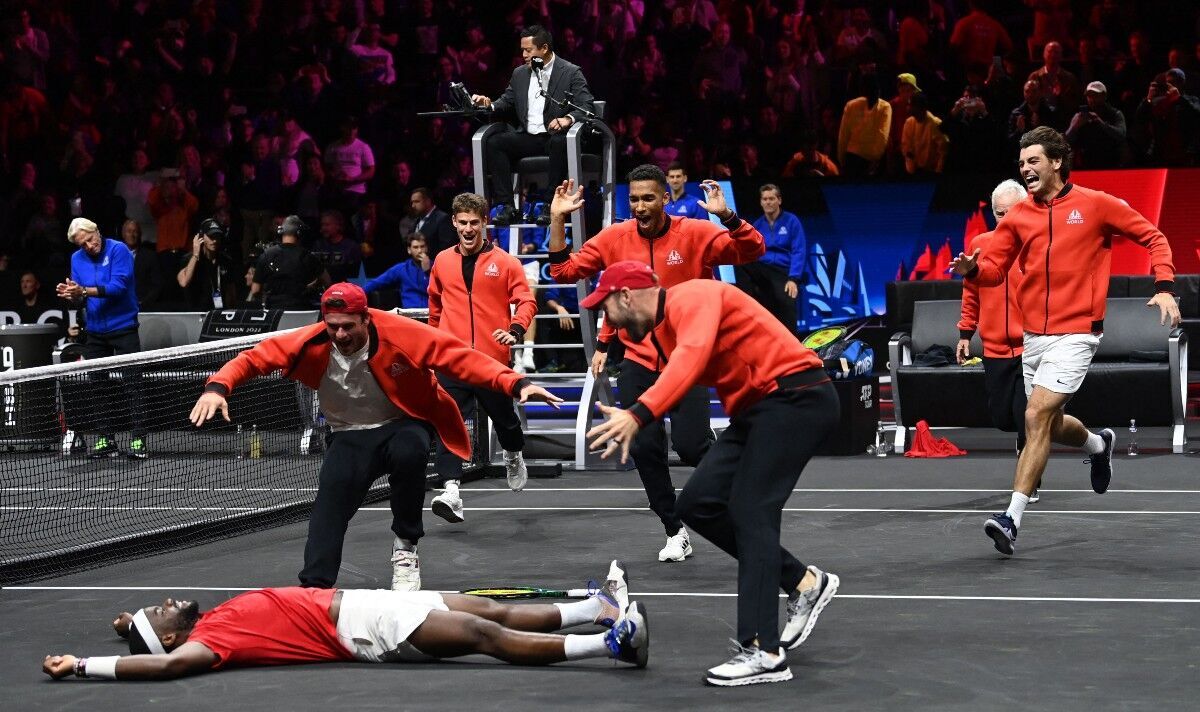 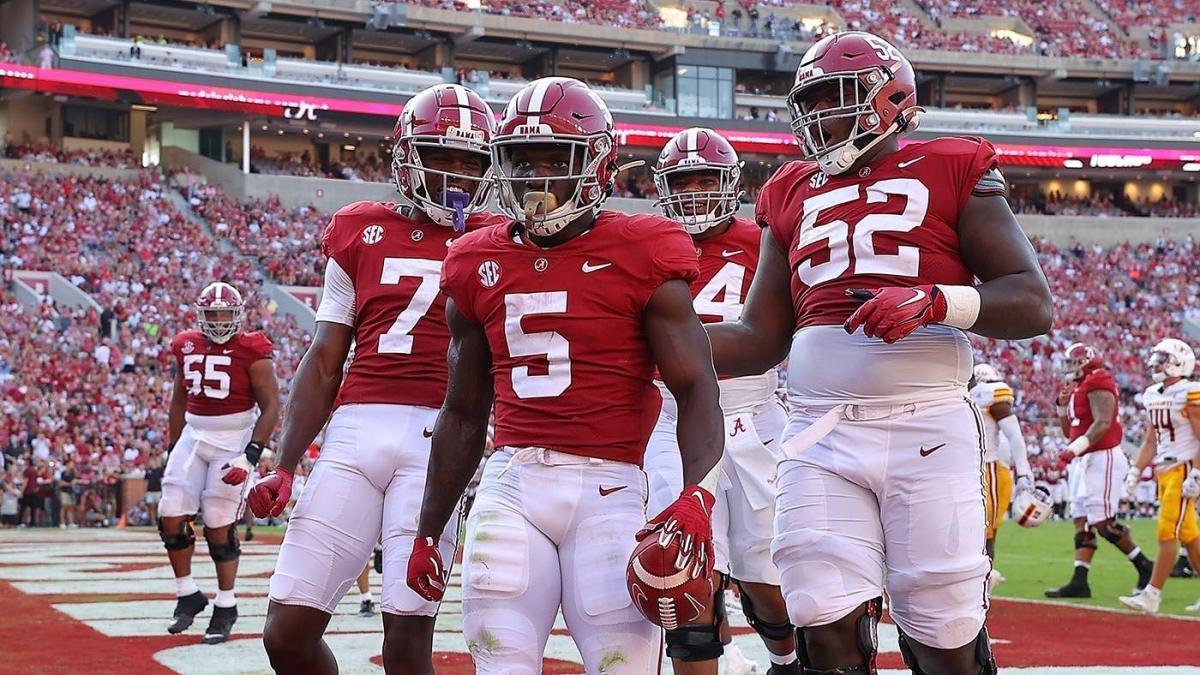