It’s back to Paradise, Nevada for the UFC circus, with two world titles on the line at the T-Mobile Arena. Read on to discover how to find a UFC 266 live stream and watch Alexander Volkanovski vs Brian Ortega, plus the rest of the card online with ESPN+ having exclusive coverage in the US.

The card sees Australia’s Alexander Volkanovski place his featherweight title on the line against Brian Ortega, while women’s flyweight champ Valentina Shevchenko will face off against Lauren Murphy. The card also features the long-awaited return of one of the sport’s biggest stars, Nick Diaz.

Saturday’s headline match-up was originally set to take place in March, but Volkanovski was forced to pull out from the clash after contracting Covid-19.

He has held the featherweight title since December 2019 after beating Max Holloway, with his one and only defence of his crown coming in a controversial split decision in the rematch.

UFC 266 presents Ortega with his second attempt at taking the featherweight crown, having lost to Holloway in December 2018. A lengthy lay-off followed that disappointment, but the American made his comeback last October with an impressive showing against Chan Sung Jung to line up this latest title shot.

UFC 266 live stream: how to watch Volkanovski vs Ortega in the US

See UFC 266 exclusively on ESPN+ PPV
The exclusive rights for US coverage is with UFC on ESPN Plus, meaning it is the one place to watch it. Early prelim coverage starts at 6pm ET / 3.30pm PT, followed by the main card at 10pm ET / 7pm PT, with Volkanovski vs Ortega expected to enter the Octagon some time from 12am ET / 9pm PT – depending on the pace of the other fights.

There are three options on cost, which depend on whether or not you already subscribe to the service.

If you already enjoy the fruits of ESPN Plus, then it’s very straight forward. It’s a classic pay-per-view scenario, and you’ll need to spend $69.99 to watch UFC 266.

If you don’t yet subscribe to ESPN Plus, then you can take advantage of this great value offer. You’ll need to go for the UFC Bundle, costing you $89.98. That gets you both the UFC 266 PPV and a year-long subscription to ESPN+ that would normally cost $60 alone!

Your final option is to buy access to UFC 266 for $83.98 and, with it, get one month of access to the Disney Plus Bundle. So that’s a jam-packed 30 days of everything on Disney Plus – think all of Marvel, Pixar, The Simpsons, Star Wars and stacks more – the full catalog of live sports and documentaries on ESPN+, AND the hundreds of box sets and films on Hulu.
View Deal

How to live stream UFC 266 without PPV in Europe

As we say, you’re kind of stuck if you’re in the US. It’s PPV or bust.

Not so in Europe – probably because it’s on during the middle of the night! Instead, it’s sports streaming specialist DAZN that has the rights.

So if you’re a UFC fan in any of Austria, Italy, Germany or Spain, then get yourself over to the DAZN website.

Even better news…you can actually watch absolutely FREE in certain regions (we can confirm that is the case in Germany, Austria and Spain, for example). That’s thanks to a 30-day free trial, that you can take advantage of if you’ve never had a subscription before.View Deal

How to watch Volkanovski vs Ortega: live stream UFC 266 in the UK

BT Sport has exclusive broadcast rights to UFC events in the UK right now, and the great news is that despite its tasty line up of fights, this weekend’s UFC 266 action won’t be a PPV event in the UK!

You’ll need to tune into BT Sport 1 for all the action from Vegas, with coverage beginning on the channel with their build-up preview show at 12am on Saturday night followed by coverage of the prelims at 1am ahead of the main show at 3am in the early hours of Sunday morning. Volkanovski vs Ortega are expected to enter the Octagon after 5am.

Don’t forget that you can now get BT Sport without a big commitment thanks to a BT Sport Monthly Pass. It costs £25 and gets you all of BT Sport’s goodies – including Premier League football and Premiership rugby – for a whole month.

The broadcaster’s coverage of UFC is also available via the BT Sport app and on its website, so you can live stream UFC on most devices these day.

You can also access your BT Sport subscription or monthly pass from overseas if you’re away from home. To do that you’ll need a VPN to relocate your IP back to the UK as per our guide above.

There are a host of pay-per-view providers offering a Volkanovski vs Ortega live stream in Canada on Saturday.

You can head to the likes of Shaw, Bell, Rogers, SaskTel, Videotron, Telus or Eastlink with pricing at CAD$64.99. It’s also available on the UFC Fight Pass PPV.

UFC 266 live stream: how to watch Volkanovski vs Ortega online in Australia

You’ll find UFC 266 and Volkanovski vs Ortega available on PPV in Australia, with the main provider being Foxtel Main Event and will set you back AUD$54.95.

The main card is set to take place at 12pm AEST on Sunday, September 26 which means you won’t have to get up early to catch the main event.

Volkanovski vs Ortega are expected to make their way toward the Octagon around 1.30 pm AEST.

You can also catch all the prelims and the main card using UFC Fight Pass .

Volkanovski vs Ortega live stream: how to watch UFC 266 in New Zealand

Sky Arenais offering New Zealand viewers a Volkanovski vs Ortega live stream – with the PPV priced at NZ$39.95 for all the main card action.

You’ll want to make sure you’re watching from at least the 2pm NZST main card start time on Sunday, September 26 to get all the action.

The headline Volkanovski vs Ortega fight is expected any time from 3.30pm NZDT, depending on how the rest of the card plays out.

When is Volkanovski vs Ortega? UFC 266 date and time

Volkanovski vs Ortega preview and predictions

It’s been a long time coming, with a stint for both men as coaches for the 29th season of The Ultimate Fighter coming during that wait. But MMA fans can finally watch this much-postponed and anticipated duel between the promotion’s two best featherweights.

‘Alexander the Great’ currently comes into this headline fight on a run of nine straight victories in the Octagon, while Ortega’s single defeat came at the hands of Max Holloway at UFC 231 in his previous title shot.

Volkanovski’s two recent wins against Holloway suggest he should see off his opponent here, but Otega’s comeback victory over Chan Sung Jung showed that the Los Angeles fighter had recalibrated after his last title attempt and should not be underestimated on Saturday.

Who is Alexander Volkanovski?

A former Rugby League star, Volkanovski switched sports to MMA at the age of 23.

First making a splash after winning the Australian Fighting Championship 126lb belt , the 32-year-old has since gone on to become one of UFC biggest worldwide names since making his debut for the promotion in 2016.

Boasting an unbeaten 9-0 record, the New South Wales born star is one of the sport’s best tacticians, with a his early wrestling training making him one of the most difficult fighters to force to the canvas.

Who is Brian Ortega?

With a background in Brazilian jiu-jitsu, Brian Otega is now in his seventh year as a UFC fighter.

The LA-based star has a reputation for being one of the sport’s best strikers, yet seven of his 15 victories have come via choke submissions.

The one blot on his record is his defeat as challenger for the featherweight crown against Max Holloway back in December 2018. A host of injury setbacks has meant that the 30-year-old has only appeared twice in the octagon just twice over the last three years.

Volkanovski vs Ortega latest odds: who is the favorite to win?

Aussie champ Volkanovski is marked out as the strong favourite to successfully defend his crown, with odds with most bookies coming in at 4/7, while a victory for Ortega currently hovers around the 6/4 mark.

Volkanovski’s last fight and first title defence was a controversial split points decision against Max Holloway in their rematch on Fight Island, in a match-up that many observers felt should have gone the other way.

Ortega meanwhile showed an all new set of fighting skills following his long lay off during his successful comeback fight with Chan Sung Jung back in October, with a measured but lethal dismantling of the Korean coming in stark contrast to his all-out attack tactics that failed to serve him well against Max Holloway.

With five title defenses in the past two years, 125-pound division champ Valentina Shevchenko will be putting her belt and her seemingly unbeatable reputation on the line once more against Lauren Murphy as the co-headline fight.

The return of all-round UFC legend Nick Diaz after nearly seven years against former welterweight champ Robbie Lawler is likely to get much of the evening’s headlines however. 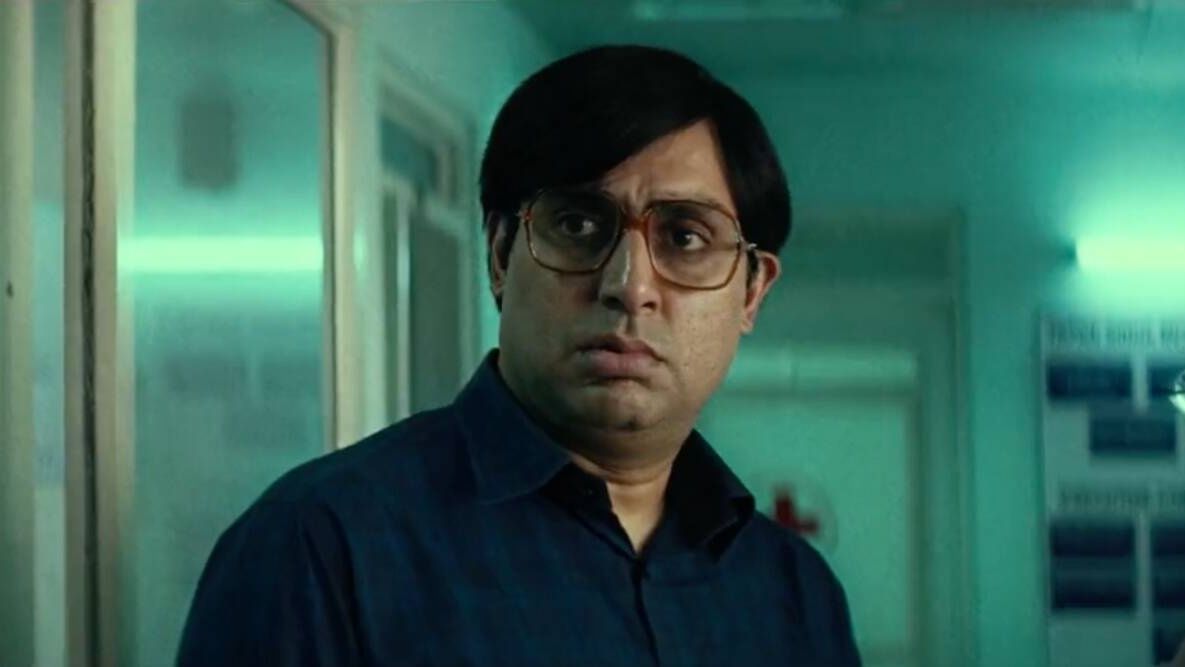