The Texas Department of Public Safety added two fugitives to the Texas 10 Most Wanted List and one of those men is from Dallas.

Cecil Colby Smith, 40, has a lengthy criminal record that dates back to 2002 and has been in and out of prison. He was released from prison in 2017. Smith has been wanted since August 2021, when the Oklahoma County Sheriff’s Office issued a warrant for his arrest for child abuse by injury. The Dallas County Sheriff’s Office also issued a warrant in December 2021, for failure to register as a sex offender.

Smith is 6 feet tall and weighs about 185 pounds. He has tattoos on his left cheek, neck, chest, both arms, both wrists and left hand. In addition to Dallas, he also has ties to Longview, Amarillo and the state of Oklahoma.

Raynaldo Farias Tijerina, 44, is affiliated with the Tango Blast gang. He’s been wanted since October 2021, when the Bexar County Sheriff’s Office issued warrants for his arrest for invasive visual recording and possession of child pornography. The Texas Board of Probation and Paroles issued a warrant for Tijerina’s arrest the following month for a parole violation.

Tijerina is 5 feet 11 inches tall and weighs about 195 pounds. He has tattoos on his face, neck, abdomen, left arm and left leg. He has brown eyes but may wear colored contacts.

To be eligible for cash rewards, tipsters MUST provide information to authorities using one of the following three methods:

All tips are anonymous – regardless of how they are submitted – and tipsters will be provided a tip number instead of using a name.

Plano ISD Approves Nearly $1.5B Bond Proposal To Be Voted on This Fall 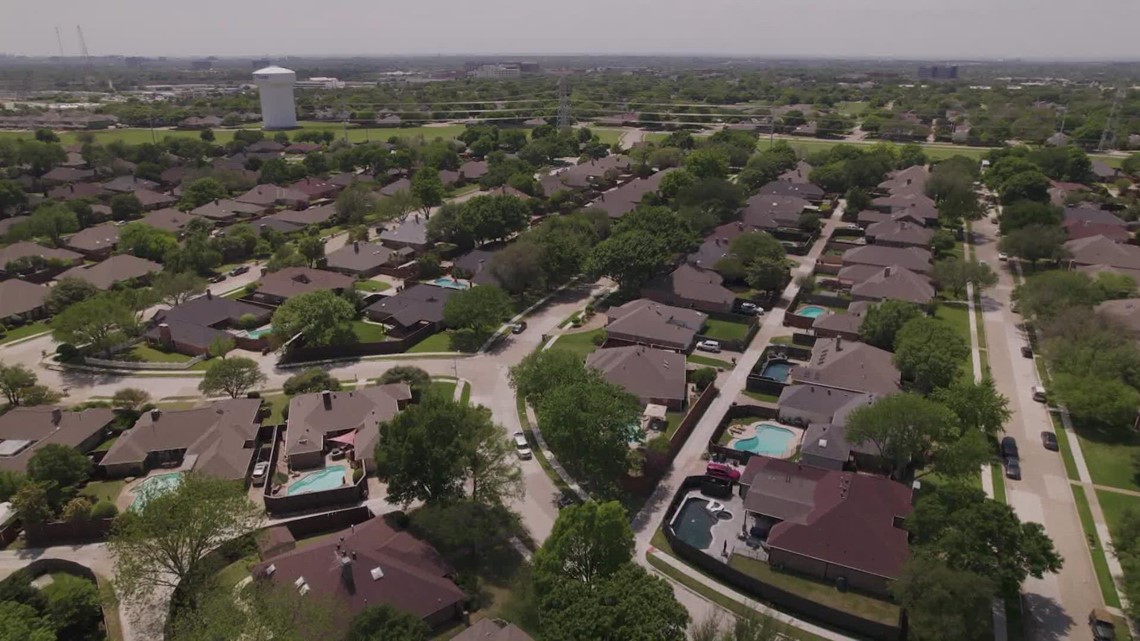 Why some Texas home prices are falling