Sweeping Seattle: This morning, after activists defended the site for over two weeks, dozens of cops taped off the encampment across from City Hall as Parks and Recreation workers swept the site and destroyed remaining property.

The city initially delayed the sweep due to staffing availability, according to a spokesperson from Parks and Rec. This morning residents got about two hours notice for the sweep compared to the usual 48 hours.

In a press conference this week, Mayor Bruce Harrell answered a question about why they delayed the City Hall sweep weeks ago. He said, “We’re trying to lead with compassion and love, so if I make an executive decision to stop, I’ll make that decision. If I make an executive decision to continue, I’ll make that decision. Those decisions rest on my shoulders, and I make them unashamedly.”

Leading with “compassion and love” apparently means ramping up sweeps.

The initial protest of the City Hall sweep came from the group “Stop The Sweeps,” who say they are demanding an end to “Bruce Harrell’s campaign of terror against unhoused communities.”

In that spirit, I liked this sassy blurb in Scott Greenstone’s article in the Seattle Times:

“Harrell won the election last year by a commanding margin with a promise to take decisive action to open thousands of new units of shelter, and get rid of the encampments accumulating around the city. But to the protesters, who angrily watched from behind police tape as the camp they’d tried to protect was removed Wednesday, the removal is a symbol that Harrell cares more about optics — particularly outside his office window — than helping people.”

What’s there for outreach: Activists have expressed concern that there were not enough services offered before the sweep. A spokesperson from the Mayor’s office said, as of today, the HOPE Team identified 16 individuals experiencing homelessness onsite. Seven got shelter referrals and nine left “voluntarily.” The spokesperson said the HOPE team’s outreach efforts resulted in at least 22 referrals to 24/7 enhanced shelter and tiny shelters since February 17.

Sidewalk still blocked: Ostensibly, and by the most charitable read, the city displaces unhoused Seattlites so that the sidewalks and parks are clear and accessible to housed Seattleites. In fact, a spokesperson for the Mayor’s office said in an email that the city swept in order to “address obstruction to pedestrian access.” But after the sweep, the city put fences up around the chunk of sidewalk across from City Hall. It is safe to assume these fences are intended to keep the unhoused people from returning. I asked Parks and Rec to clarify the purpose of the fences and how long they’ll be up, but I haven’t heard back.

@CityofSeattle @SeattlePD swept this encampment siting an obstruction of the right of way. Proceeded to place their own obstruction. Make it make sense. pic.twitter.com/9p2krUAXyK
— Camille Gix (@CamilleGix) March 9, 2022

Bye, bye Rep. Johnson: This afternoon, state Rep. Jesse Johnson (D-Federal Way) announced he will not run for re-election. Instead, he’s going to hang out with his six-month-old baby, which seems as good as any reason not to seek re-election. As the sponsor of many police accountability measures from last year, his departure garnered a range of reactions from the left and right.

He’s responsible for the “police reimagining bills” that made our communities less safe and the jobs of police officers more dangerous.

Big day for Urbanist Twitter: The state Democrats agreed on what will probably be the final form of a $17 billion package to fund 16 years’ worth of major transportation projects.

In other transportation news: In March, King County Metro will roll out some changes, including increased service on several routes. Here are the details from Capitol Hill Seattle Blog.

We are the daughters of the witches you can’t burn or whatever the most annoying person you know says: Yesterday, Nicola Sturgeon, the first minister of Scotland, addressed Parliament and said sorry for killing and vilifying thousands of people accused of witchcraft between the 16th and 18th centuries. I guess better late than never? I credit the popularization of the big titty goth gf and crystals girlies.

Petri dish to ditch masks: Seattle interim superintendent Brent Jones announced today that starting Monday, staff and students will no longer be required to wear masks, after the district initially said it would keep the mandate.

The same kids who got pissed about COVID-19 outbreaks during the omicron surge are once again pissed at the district. In a statement released on the Seattle Student Union’s website, the students said, “The removal of the mask mandate is a highly political tactic, to keep elected officials in office. Political figures are pushing to eliminate the mask mandate, to garner more votes.” They want the mandate reinstated. A few students reached out to say this statement will not be the last we hear from them.

Protect trans kids: The Everett Herald took a look at some Snohomish County Gay Straight Alliances which have provided refuge for LGBTQ youth despite national and local resistance.

“When I came here… the people were like, no, this is normal. You’re valid,” Fern Calderwood said. “That made it a lot easier for me to come to terms with my sexuality without feeling wrong.” https://t.co/wmgH13Pwp5
— Isabella Breda (she/her) (@BredaIsabella) March 7, 2022

Dog walkers in Seattle make an average of $32,666 a year, according to 365 Pet Insurance, which makes them among “the better paid” dog walkers in the country. 365 says Seattle’s walkers earn the sixth-highest salary for the industry, after five cities in California. $32K is literally unlivable in Seattle.

Bro, what the fuck: If you’re planning on going to the East Coast this spring, researchers at the University of Georgia might change your mind. Researchers expect millions of Joro spiders, which are the size of a child’s fist, to invade the East Coast. They will “parachute” from the sky. Because their fangs are so cute and tiny, they are harmless to humans—just creepy.

In slightly better weather news: No giant spiders for Seattle, but Seattle Weather Blog warns of cold temperatures tonight. Hopefully it will warm up from here.

FINAL FREEZE OF THE SEASON?

But that could be it for freezing temps in Seattle proper this season! Average last freeze date over the past 30 years is March 8.

The Best Smart Outlets and Plugs on the Market 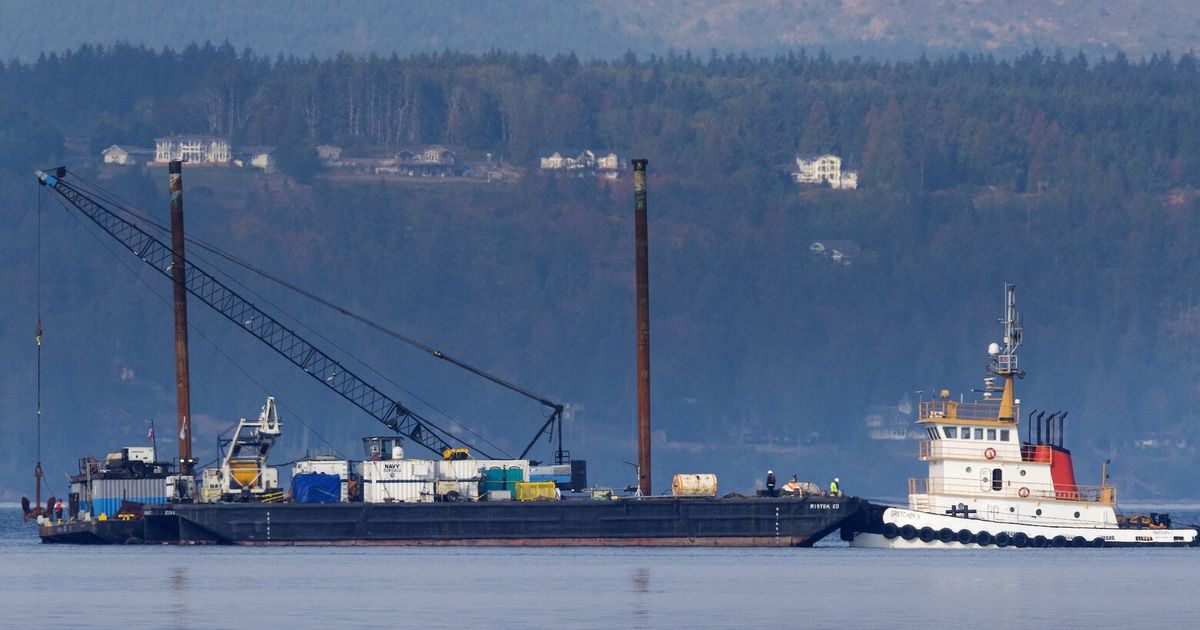