BORIS Johnson has been told he should sack his Chancellor if he fails to come up with a plan to help people through the cost of living crisis.

He said the Tories’ response to the crisis had been “inaction” and asked if Mr Johnson agreed with Rishi Sunak that taking action now would “be silly”.

Mr Johnson responded: “I support the Chancellor’s work in lifting the living wage by a record amount, by making sure people on Universal Credit pay £1,000 less in taxes, and putting another £22 billion into supporting people with the cost of living.”

The MP for Ross, Skye and Lochaber described the reply as an “Aesop’s fable” before adding: “The Tories’ only response to this cost-of-living crisis has been insults and inaction.

“This is the cost-of-living crisis from Westminster. For weeks the Prime Minister has been briefing that it is the Treasury who are to blame for blocking financial support for struggling families.”

Mr Johnson said: “I want to get back to the crucial point. We’ve been through Covid. We’re facing a spike in global energy prices which has been greatly exacerbated by what  Putin is doing in Ukraine.”

Labour leader Sir Keir Starmer also challenged Mr Johnson over his plans to help people struggling to pay bills and buy food, confronting him with the case of a man called Phoenix who was unable to afford to put his heating on as he had to run his dialysis machine constantly.

He added: “Still pretending the economy is booming, still got his head in the sand in the middle of an economic crisis.

“The Prime Minister keeps saying more help is coming, but we’ve heard it all before….The Chancellor said wait until the autumn, at least he’s honest that the plan is to do nothing.

“But doesn’t the Prime Minister realise that working people across the country can’t afford to wait while he vacillates, it’s time to make his mind up.”

The Prime Minsiter asked if he could provide him the details of the constituency case, and added: “I’ll tell you what’s happened in the last month, we’ve got 300,000 more people off welfare and into work, on our way to work programme and it is because we get people into work that those families, those people are £6,000 a year better off.

“That’s Labour economy policy, that is why there’s never been a Labour government that left office with unemployment lower than when it came in, that’s the reality.”

SNP MP Hannah Bardell drew laughter in the Chamber when she asked Mr Johnson how well he was complying with his ministerial code.

She said: “No bullying and no harassment, no leaking, no misuse of taxpayers’ money and no actual or perceived conflicts of interest.

“The precious principles of public life enshrined in this document must be honoured at all time. Those are the Prime Minister’s own words from the ministerial code.

“So, can the Prime Minister tell me on a scale of one to 10, how is he doing with keeping to those principles?”

He said that the “majority” of people in parliament were “not misbehaving”, adding: “We believe in this Government in adhering to the principles of the ministerial code and by the way, an important point: there’s a lot of attacks on MPs and what goes on in this place.

“And I think it is always worth stressing that the vast majority of people who work in the House of Commons and members of Parliament are doing a very good job and working very hard and are not misbehaving.”

Fellow SNP MP Richard Thompson asked why a flight was allowed to leave Inverness airport for Moscow at the start of the Ukraine conflict, when the UK had sanctioned all travel to Russia.

According to newspaper reports, the UK government permitted the flight to leave although the Transport Secretary Grant Shapps has previously disputed this.

Mr Johnson said he did not know the answer to his question. 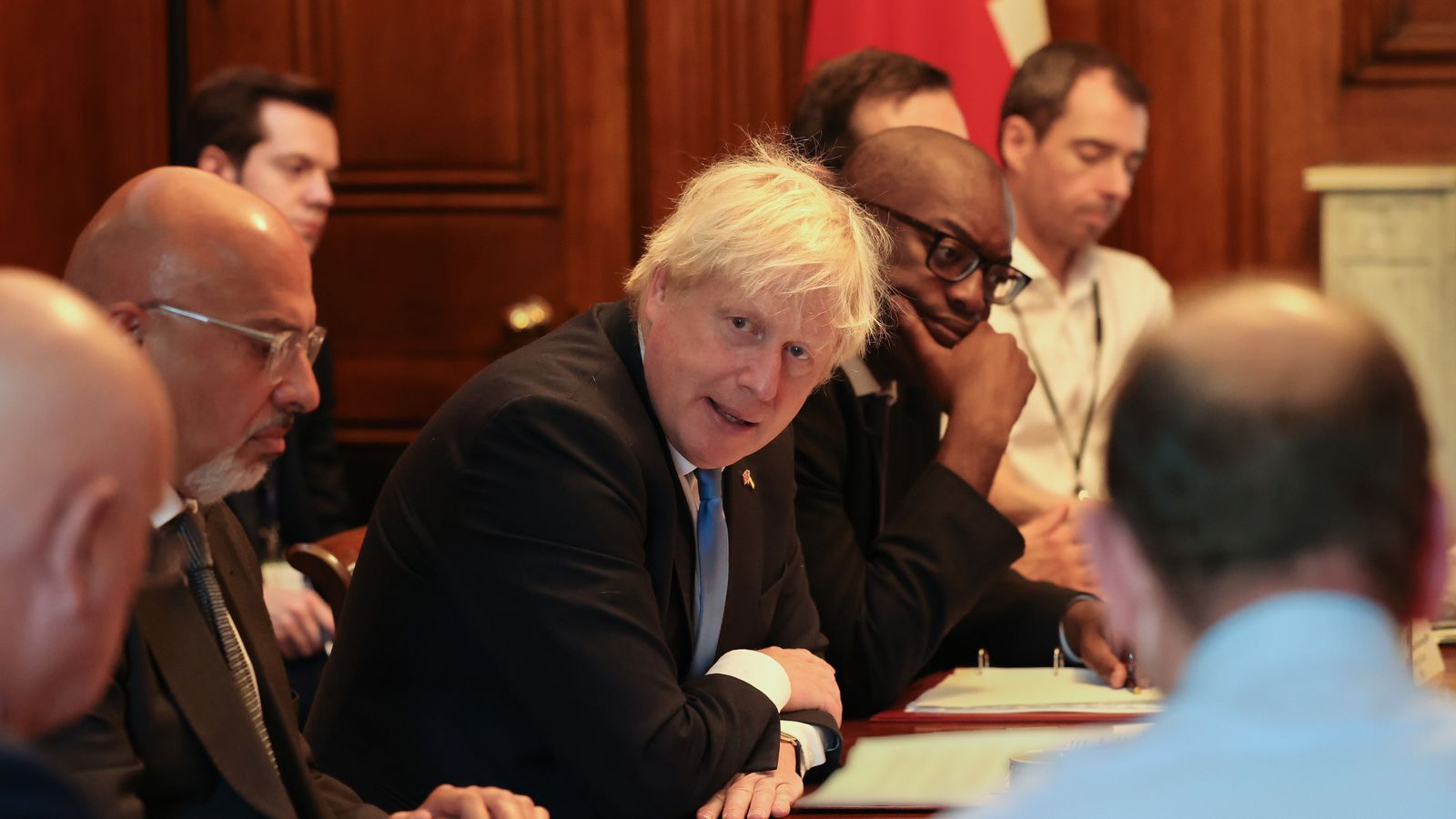