Call it the shadow of William Gladstone. That great Victorian titan is known for his sweeping reform of the British civil service, and for initiating the modern role of chancellor of the exchequer, an office in which he served four times over 12 years.

Political patronage was driven out as “favouritism, preference and purchase” was replaced by the impartial selection of talented officials by examination, and greater advancement on merit. The Treasury, previously junior to the great spending departments of State, was advanced under Gladstone in prestige and power. The office of chancellor began its inexorable rise at the Cabinet table.

Yet with light has also come shade. It has proven astonishingly difficult for British government to go beyond this great Gladstonian vision in the succeeding 150 years, as Howard Davies notes in The Chancellors.

As Davies says, as long ago as 1968, the Fulton report on the civil service framed the issues well: too many generalists, too much short-term grasshopping between jobs, not enough specialist technical skills or focus, virtually no commercial, operational or industrial expertise. To this one might add: weak leadership by politicians with little genuine experience themselves, little interest in organisational change, and little long-term capacity to achieve it.

Meanwhile, as the 2008 financial crash, the Covid pandemic and now the Ukraine crisis remind us, the world moves on. Policy challenges become more complex, more interconnected, and more sudden. Democratic pressures, the demands of social media and the 24-hour news cycle continue to increase — and with them the need for a more nimble, agile and effective state.

Davies’s book is misnamed, since it focuses on the recent history, policies and organisation of the Treasury from Gordon Brown, chancellor from 1997-07 to incumbent Rishi Sunak, rather than simply on successive office holders.

Based on a host of interviews, it is a brief but comprehensive and occasionally opinionated primer of the past 25 years from an experienced ex-Treasury and Bank of England professional. Davies does not cover the present cost of living crisis or the looming prospect of UK stagflation, and his viewpoint is a broadly conventional one. Nevertheless, in bringing the story up to date, the book fills a useful niche.

When Northern Rock exploded in 2007, there was reportedly just one junior Treasury official who understood a bank’s balance sheet

Some of Davies’s judgments are questionable. It is a stretch to suggest that the 2008 financial crisis owed little to the Labour government’s regulatory policies. This was a global crisis, but the UK was uniquely and unnecessarily vulnerable. It had a very large financial sector relative to gross domestic product, and banking sector leverage had rocketed after 2000 from a steady 40-year average of 20 times capital to 50 times in just seven years — all of them under Labour.

Elsewhere the author casts more light, showing how the Treasury is a small, thinly resourced department full of clever people. Despite its best efforts it is still something of an intellectual monoculture, largely staffed by civil servants educated at Russell Group universities, often in philosophy, politics and economics, with a one-year MSc from the London School of Economics, of which Davies was once director.

It is short on diversity, short on historical understanding, and woefully short on genuine commercial and operational experience. When Northern Rock bank exploded in 2007, there was reportedly just one junior Treasury official who understood a bank’s balance sheet.

Incentives of pay and culture reinforce these weaknesses. The average age of Treasury civil servants is 27, their starting pay 50 per cent that of top consulting firms and banks. Half the policy staff have less than three years’ tenure. So officials tend to move teams every two to three years to build experience and gain promotion. They have an understandable but institutionally unhelpful preference for fashionable policy areas and ministerial private offices.

Together these factors can be disastrous. The private finance initiative of the Blair years had a bad rationale, to spend public money while hiding its true cost; poor policy design; weak implementation by departments and inadequate Treasury enforcement. The result was huge waste, mountainous public debt, and a Maginot line of poorly built and expensive hospitals.

Elsewhere, the Treasury’s record is better, sometimes outstanding. The furlough and other schemes, designed and implemented in a few weeks, were a remarkable crisis response.

The need to control departmental spending is a vital Treasury function. But it struggles to move from a “Bank of No” default to the mindset of a venture capital investor, using public funds to crowd private capital into projects flexibly and intelligently.

Without that shift in perspective, it is hard to see how, for example, the government’s “levelling up” agenda for the UK’s deprived regions can succeed. A new investment committee, with outside members bringing proven investment to the table, would be a useful change. They should start by reading this book.

Jesse Norman is a Conservative MP, and was financial secretary to the UK Treasury from 2019-21

A Guide to Abortion Resources in a Post-Roe America

The Morning After: The Odin is a capable, portable retro console | Engadget

Shootings and political inaction a tragic rhythm to American life 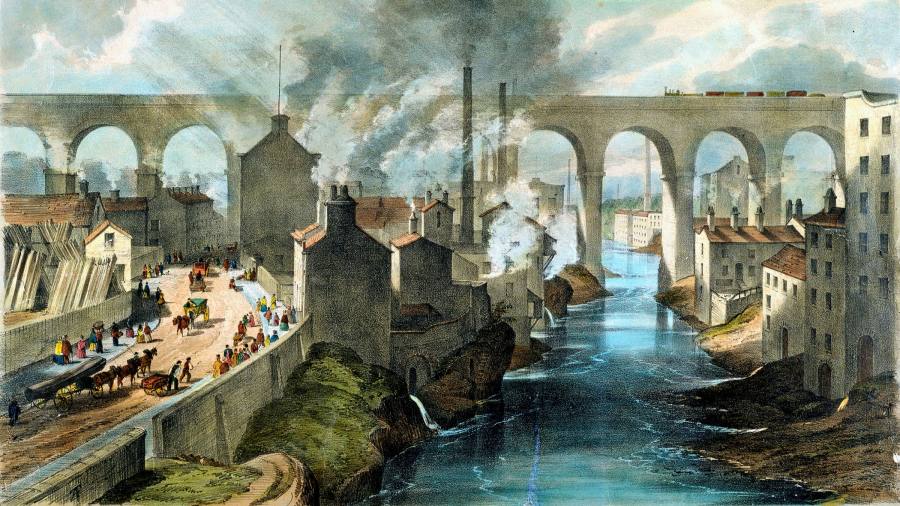 Northerners — the places, the people and the roots of Brexit